Warmest start to January since 2012: This is your Edmonton forecast 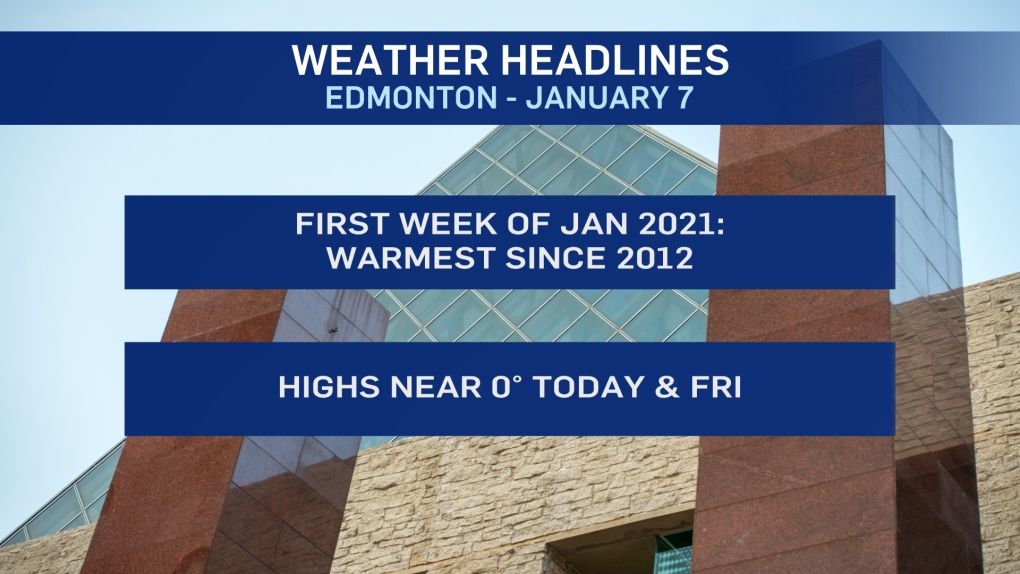 EDMONTON -- It looks like the average high for this first week of January in Edmonton will be 3 degrees.

That about 10 degrees warmer than the long-term average for January 1 to 7.

AND...it's the warmest since 2012, when Edmonton also had an average high of 3 degrees.

Here's a look at the average high for the first week of January over the past 5 years:

In 2012, we also had an average high of 3 degrees through the second week of January.

AND...we're on track to do something similar this year.

Daytime highs will settle in the -2 to +3 range from today through Monday.

After Monday, temperatures warm up again with highs near 5 degrees for Tue/Wed/Thu/Fri of next week.

Looking FURTHER out, we're starting to see the signs of a cooldown somewhere around or after next weekend.

So, we'll be mild/warm through the first half of January.  But, the second half MIGHT take a turn for the colder.

Still no sign of snow for the Edmonton region any time soon.