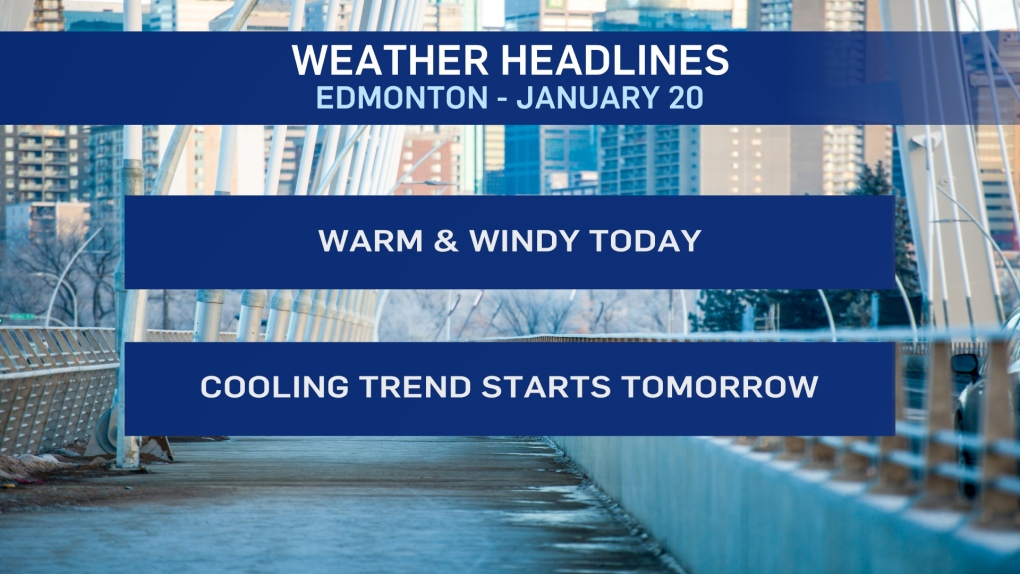 EDMONTON -- Wind warnings remain in effect for Edmonton and surrounding regions, as well as much of the rest of central and north-central AB.

This morning's wind speeds in many areas are down, but that will change later this morning.

The snow squall that blew through the area Tuesday night produced maximum wind gusts of:

The wind speeds forecasts for today aren't expected to be AS strong as last night.  However, gusts in the 60-90 km/h range will be possible.

Temperatures remain warm for one last day as we get to a high of 3 or 4 degrees this afternoon.

Sunshine this morning will give way to clouds this afternoon and cloudy skies will dominate the next few days.

There are two big things to watch for in the coming days.

1 - the drop in temperature

2 - the potential for snow this weekend.

Mornings will be near or into the -20s next week.

AND...there's at least a CHANCE of a couple centimetres of snow Fri/Sat/Sun.

I still think the most likely outcome is between a dusting and 3 centimetres.

But, the potential exists for more than that and so we'll watch to see how that develops in the coming days.