Windy with double-digit temperatures: This is your Edmonton forecast 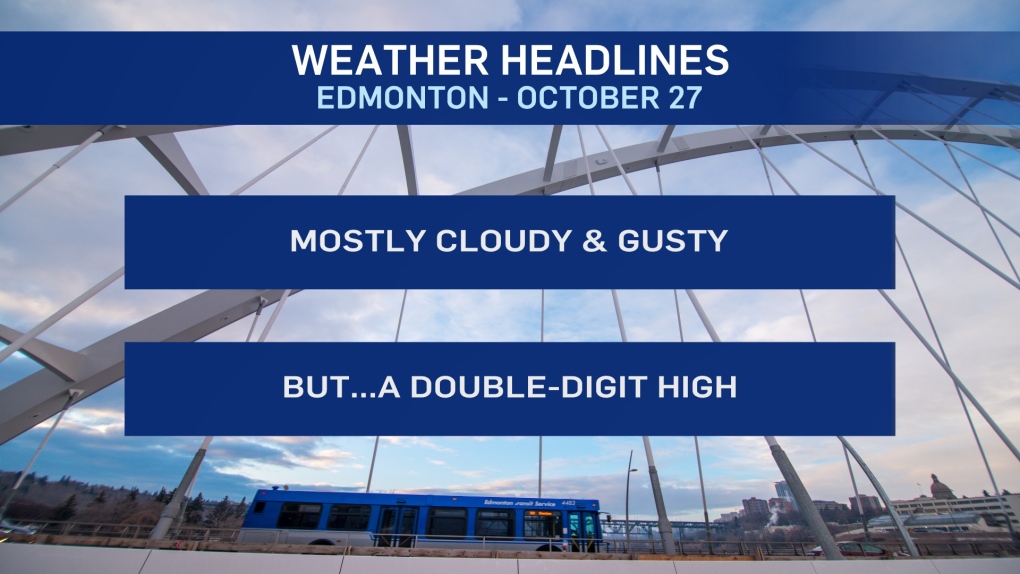 EDMONTON -- Today should be Edmonton's warmest day since Oct.12th.

Although, maybe I should rephrase that.  Today will have the highest temperature since Oct 12th, it may not actually FEEL that warm for parts of the day.

Wind is expected to be a big feature of the day with sustained northwesterlies around 20-30 km/h and gusts near 50 late this morning and through the afternoon.

The wind will die down tonight and Wed/Thu look calmer, and a couple degrees cooler.

Fort McMurray had several centimetres of snow last night.  That region get a chance of some more wet snow today.

We have rain in western AB that should taper off later this morning.

Scattered showers are possible this afternoon in areas from Edmonton south to Red Deer.

Several centimetres of heavy, wet snow is possible in the mountain parks over the next 24 hours.

No really significant precip expected for the Edmonton region over the next few days.

Just that risk of scattered showers later today and then may few pockets of rain/snow mix Thu and/or Fri.

Temperatures will be near 10 degrees this afternoon (probably a degree or two above).

Daytime highs settle into the 4 to 9 degree range Wed/Thu/Fri/Sat.

Weather through the Halloween weekend looks warm and dry for the Edmonton area.