EDMONTON -- A nine-year-old hockey fan from Edmonton is continuing the charitable legacy left behind by the Vegas Golden Knights after their stay in Edmonton’s NHL playoff bubble.

As part of his upcoming 10th birthday celebration, Graeson Borosiuk is hoping to donate “at least” 100 pizzas, 10 for each year of his life, to Boyle Street Community Services.

“I feel like it’s important to give back,” Graeson told CTV News Edmonton, while donning a Vegas Knights jersey and hat.

During the Golden Knights’ stay in Edmonton this past summer, members of the hockey team treated clients at Boyle Street to a weekly pizza party for five Fridays.

After the Las Vegas hockey team’s departure, Knights fans from all over the globe carried on with the good will the players had started. A new tradition young Graeson is hoping to keep alive: “When they left, their fans carried on so I thought, ‘Why can’t I?’” 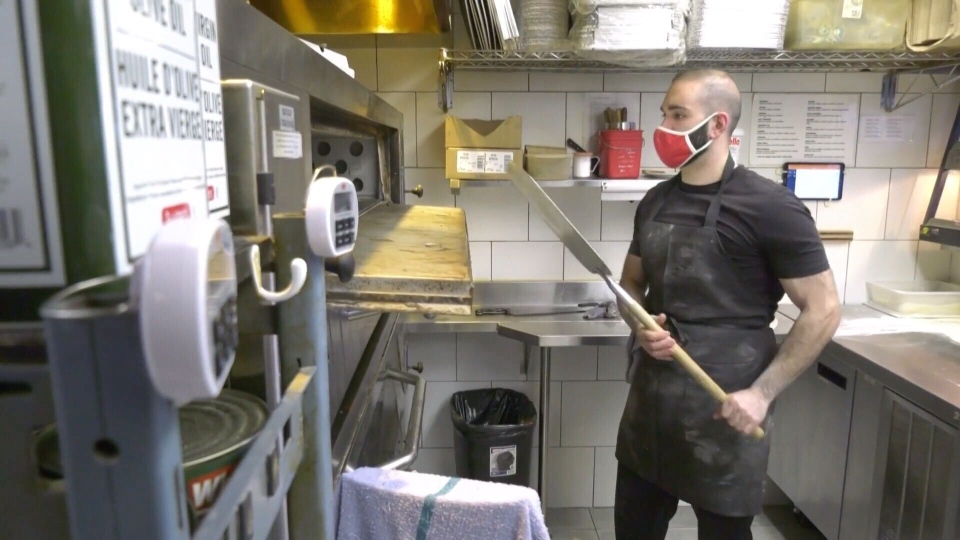 “At first we were kind of hesitant to reopen the donations, just because we’re already overwhelmed with the amount of pizzas we have to fulfill,” Panini’s Italian Cucina co-owner Robert Caruso told CTV News Edmonton.

“Then we thought about it and it’s like, ‘You know what? This is for a good cause. It’s for a kid who’s very fond of wanting to give,’ and we said, ‘Let’s rock and roll,’” said Caruso.

The Edmonton pizza restaurant will give a 25 per cent discount on the donated pies and take care of all of the deliveries to Boyle Street, free of charge.

“Graeson’s a wonderful kid,” Caruso said. “For someone who’s nine years old to want to give the way he is is incredible. Gives us hope for the future.”

“One of the greatest presents would be to give back to the community,” said Graeson.

While Graeson has set 100 pizzas as a minimum goal, the youngster is hoping for a lot more.

In spite of Graeson’s mother’s allegiance to the hometown Edmonton Oilers, the youngster cheers for the NHL team from Vegas.