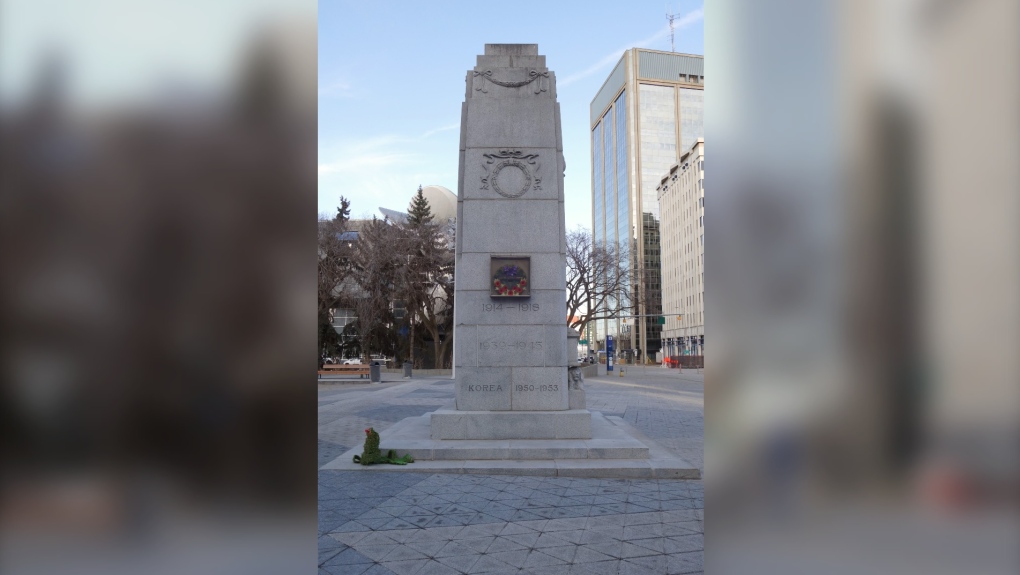 City council has designated the Edmonton Cenotaph downtown as a Municipal Historic Resource, saying it has deep historical significance.

The cenotaph was unveiled in 1936 and pays tribute to people who died in the First and Second World Wars, the Korean War, and the War in Afghanistan. Remembrance Day ceremonies are often held at the site.

The Edmonton cenotaph was dedicated in 1936 to honour 3,000 Edmontonians who died in the First World War. It has since memorialized those lost in three other wars. Yesterday it was designated a historic resource. Learn more about our historic resources at https://t.co/gNtncXIKQf https://t.co/ejsWkwPDi0 pic.twitter.com/EuV7p7lGn7

“The cenotaph is a powerful reminder of those who have given the ultimate sacrifice for Canada in four wars, and it also reminds us of the important role of the military in Edmonton,” Principal Heritage Planner David Johnston said in a release. “The military are valued members of our community and the cenotaph helps us honour their long history of service.”

The designation is part of the City’s Historic Resource Management Plan, which aims to identify, protect and promote the preservation of historic resources.

Kinross Gold Corp. says it didn't own or operate the truck involved in a deadly explosion in Ghana Thursday that was carrying supplies to the company's mine.

The Baltic nations of Estonia, Latvia and Lithuania plans to send U.S.-made anti-tank and anti-aircraft missiles to Ukraine, a move that the United States fully endorsed Saturday amid Kyiv's escalating tensions with Russia.