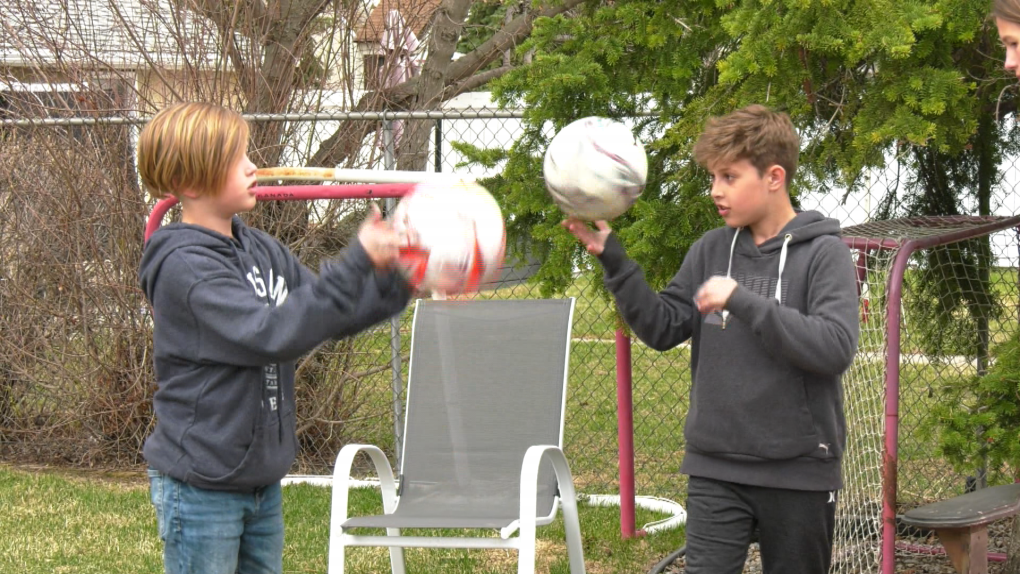 Vaniya Borodenko and Danya Tkachanko play with soccer balls in the backyard of Michelle Young's home in Edmonton on May 11, 2022.

Thanks to families pitching in help on and off the field, two families are able to simply enjoy a game of soccer for the first time since fleeing war-torn Ukraine earlier this year.

Danya and Vaniya are thrilled to be playing with the Edmonton Warriors Soccer Club, their moms say.

"Two months, when we go from Ukraine, there are no football in his life. But now he's so glad," Olga Borodenko said of her son Vaniya.

And the boys' parents are awed by those who have welcomed them to their home and country, donated soccer equipment, and waived club fees.

Iryna Tkachanko added, "A lot of people help us… We didn't expect a lot of help – from Ukrainians, from Canadians. It's very good." 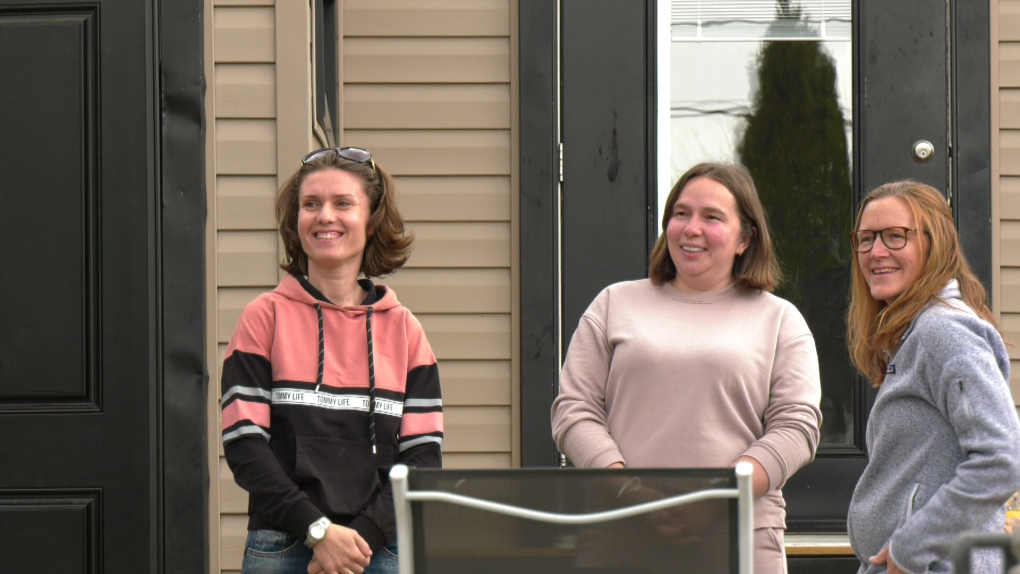 The families fled to Wrocław, Poland, when the conflict in Ukraine escalated, and after a long journey through Paris and Montreal, arrived in Alberta's capital city the first week of May.

"We decided we had extra space. Our kids were happy to give up bedrooms and bunk in together for a little bit, so we just signed up on a website," recalled Michelle Young, who took in the families.

"We contacted the soccer association as soon as we heard the boys played soccer… and they were super great. Just helped us get the kids set up with the team right away."

From there, Warriors coach Luke Dajavs took over, reaching out for old equipment or donations. The club covered the season's fees for both players through its hardship fund, meant to help families who can't afford the expense. 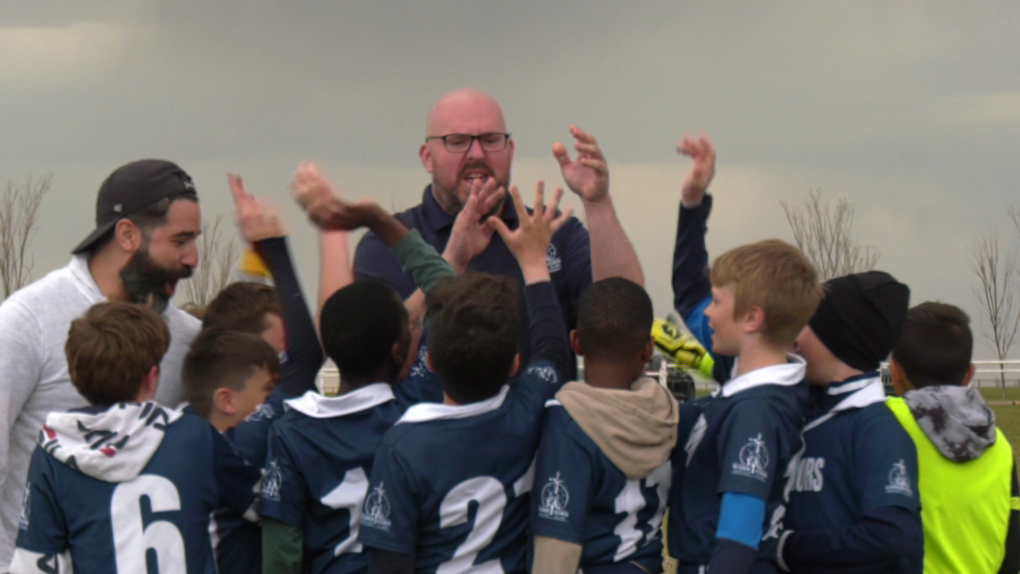 The last remaining obstacle was the language barrier, as neither boy spoke any English. But it turned out they didn't need to when on the pitch.

"That's the thing with football: doesn't matter what language, race, creed, religion, political agenda, doesn't matter. It's football. That's why they call it the beautiful game."

The cumulative effort and generosity bore fruit Wednesday evening when Vaniya and Danya played their first soccer game in Canada, an exhibition match for the Warriors U11 team. Danya even scored a goal.

"It's good to be here. We like Canada," Tkachanko said. "Our life, we leave there. But we think and we hope we can live here like we live there."

"We left a lot in Ukraine," Borodenko added. "But now, we're so grateful – I can't find the words to describe our life here."