EDMONTON -- If you haven’t heard of it, it might shock you to know lab-grown meat could soon be available in global supermarkets.

“It might not be in North America and it may be a smaller release but you’ll see products using these techniques within the next 24 months,” said Lejjy Gafour, chief strategy officer and co-founder of Future Fields.

Future Fields is an Edmonton-based company focused on the newest trend in ethical eating.

“We originally went to a conference in 2017 by the name of New Harvest and we hadn’t quite solidified on, 'Is this a good idea or not?' But what we had seen is the experiments and ideas we were working on were almost as far ahead as the companies presenting at the time.” 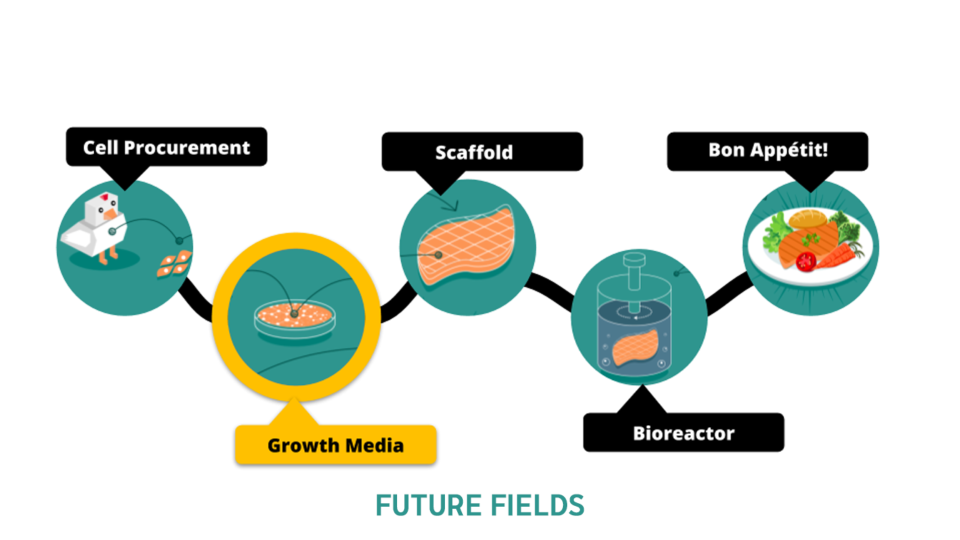 There are different techniques to make lab-grown meat, but generally scientists take cells from the fat or muscle of animal and grow them using a nutrient-rich liquid known as growth media.

“It is what you have to bathe the cells in to get them to grow and multiply to turn into whatever meat you want,” said Gafour. “It is the most important component for lab-grown meat.”

Three years ago, the company settled on making lab-grown chicken meat. It made several prototypes but found it prohibitively expensive.

“We were producing 30-gram nuggets for $300 to $400 and that’s mainly because of the high cost of cell growth media,” said Future Fields Co-founder and Chief Scientist Matt Anderson-Baron.

“So we decided to focus on that to solve our own problems but in the end — after developing our own technology — we decided that this was something that could really help every company in the industry.” 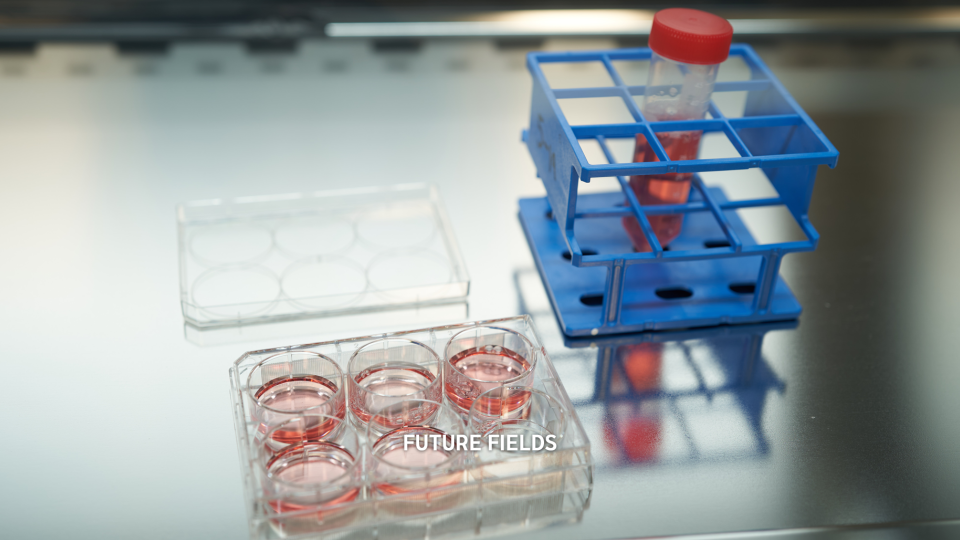 The company filed a patent for its growth media in October and is now focused on scaling up production.

The company’s three Alberta founders say while lab-grown meat could be a more environmentally-friendly and sustainable food source, they do not see it completely replacing traditional farms. 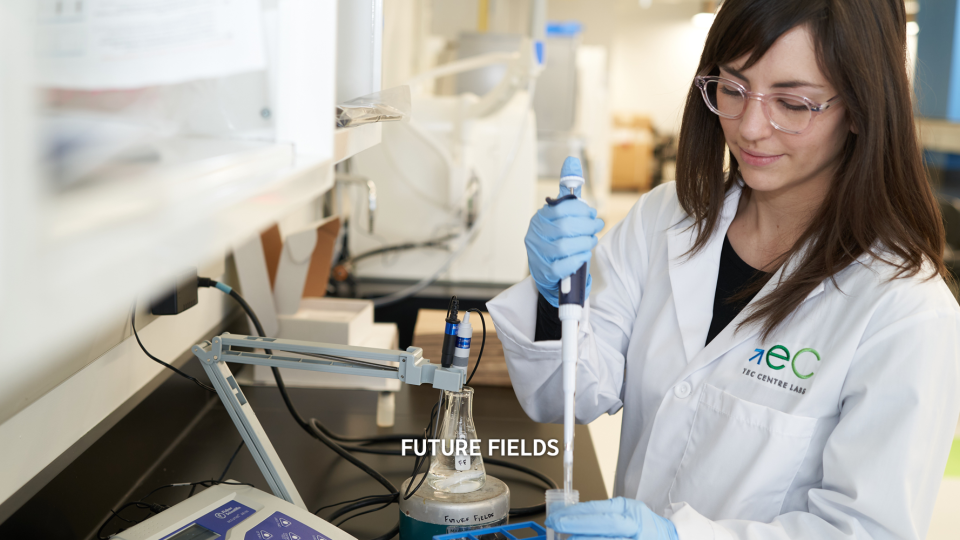 “Agriculture is so engrained in our culture here that if we can find a way to position this as something supporting the existing agricultural economy and not something meant to replace it, I think we could definitely see a lot of success here,” said Future Fields Co-founder and COO Jalene Anderson-Baron.

“So questions like, ‘How would I both have my classical farm and potentially do this at the same time?’” he said.

“It seems sci-fi but that’s the root of innovation. We have to reach for it."