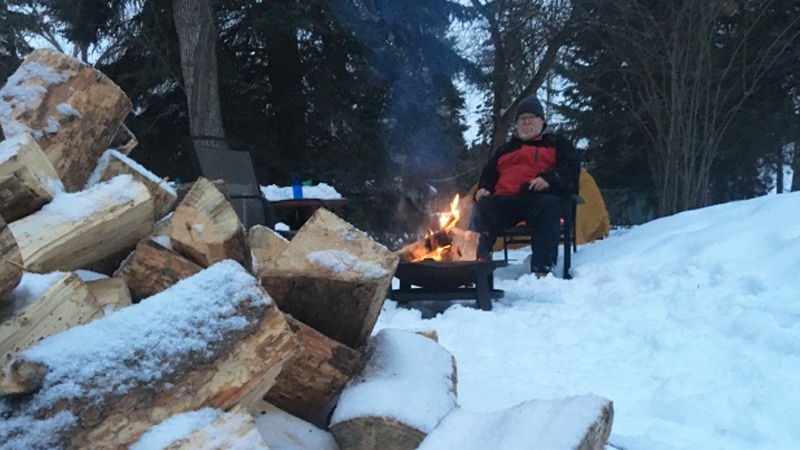 Peter Burgess gears up for a week in the wilderness.

An Edmonton man will be spending the next week camping out in the cold for a cause close to his heart.

This is the third year Peter Burgess has endured the harsh winter elements in what he calls a “freezing father’s fundraiser.”

Burgess is raising money for the pediatric ICU at the Stollery in remembrance of his 3-year-old daughter, Elan, who died from an unknown illness in 2007.

“The reason I do this is from the time you walk into the Stollery there is no question that you are dealing with a world class facility with world class people,’ explained Burgess. “I feel a responsibility to give back.”

The funds being raised will go towards covering the cost of new medical equipment for the children’s hospital, which is extremely costly.

“If you are looking at equipment for kids, you can basically add a zero. Miniaturized equipment is more expensive.”

Peter will stay out in the elements until next Friday, with a goal to raise $15,000.