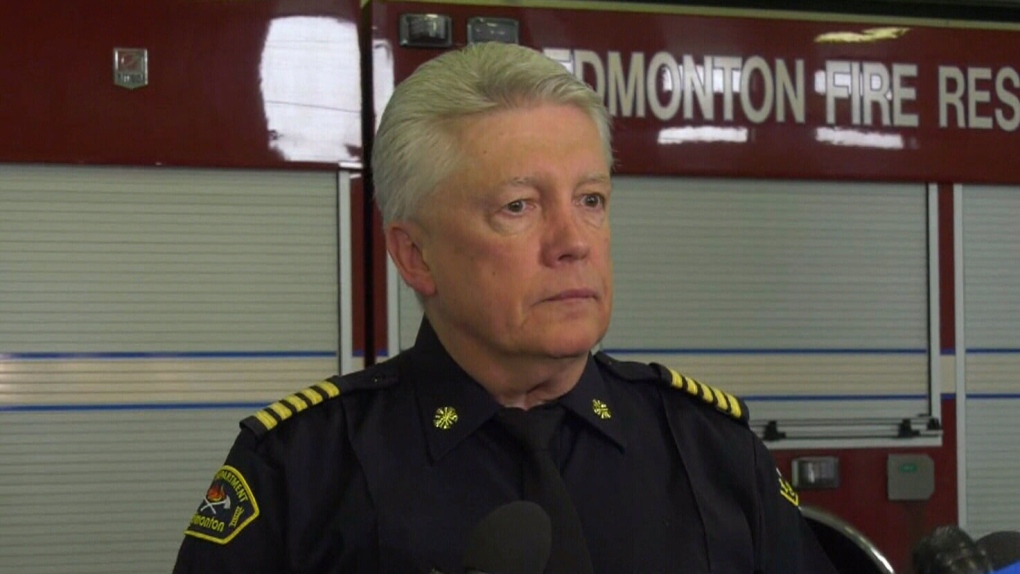 EDMONTON -- In a few weeks, Ken Block will hang up his uniform as head of Edmonton Fire Rescue and head Down Under to assume command of 5,000 firefighters in Australia.

“I'm really looking forward to getting over there,” the fire chief said in an interview this week.

Block is to lead a newly created force looking after a large swath of southern Australia that includes both Melbourne and the rural areas around it.

The state of Victoria, which includes the region where Block will serve, has not been spared the bush fires ravaging Australia. Dozens of communities have been warned to prepare for a fire sweeping through their area.

Recent rain has helped contain the burns, but it hasn't been enough to extinguish them.

Every state and territory in Australia has experienced fires this season. The biggest are burning along stretches of the eastern and southern coast, where most of the population lives.

More than two dozen people have been killed, more than 10 million hectares have been scorched and thousands of homes have been destroyed.

About 70 Canadian firefighters are helping Australian crews working to push back the flames.

Forest scientists say climate change contributes to the problem by extending the fire season and increasing the number of hot, dry, windy days that encourage fires to ignite and spread.

The role of climate change in the fires remains a subject of debate in Australia. But Block suggests there's little doubt that wildfire is going to be a bigger part of everyone's lives.

“I believe it is. (Australians) are living through that right now.”

For Block, the real issue is adaptation.

“The climate is what it is. We may not be getting as much precipitation, or the average temperatures may be increasing. Whatever it is that's contributing to the increasing risk, how do we mitigate that with the way we interact ... How do we build?”

Melbourne is growing by 20,000 people a year, he said. That pushes more and more residents out into wildfire country or what Block calls the “rural-urban interface.”

“The urban area is reaching out into the rural areas. People need to appreciate the increased risk.”

That's happening in Alberta, too.

Although the province hasn't yet experienced fires on the scale of Australia's, blazes in Fort McMurray and Slave Lake - where flames levelled entire residential blocks - have shown what's possible, Block said.

“There's a lot of similarities. The bush fires, small land fires, is one of them. We are experiencing more wildfires in this part of the world.

“We've got to get our head around how do we better prepare and plan for emergencies of that magnitude to protect the public, protect the environment.”

He pointed to Alberta's FireSmart program as an example. It aims to raise awareness among residents in forested areas and helps with emergency response planning. It also supports communities looking to thin or remove vegetation that can act as fuel or switch to more fire-resistant species.

Block said he'll make the move in early February. He takes over his new role as head of Fire Rescue Victoria in July.

This report by The Canadian Press was first published Jan. 19, 2020