EDMONTON -- A group of firefighters is answering a different type of call in Edmonton, reviving a long-standing fire service tradition in North America.

“We’re still working on it and learning the instruments. We all started from scratch,” he said.

The society formed in 2016 and one of its newest members admits he still has a lot to learn.

“I have absolutely no musical experience or talent,” said Sean Helstein. “But listening to the pipes play, there’s just something about it that I just kind of liked the sound of it.”

"There's something about bagpipes that just grabs you by the soul," said Matt Badmington, a Pipe Major. 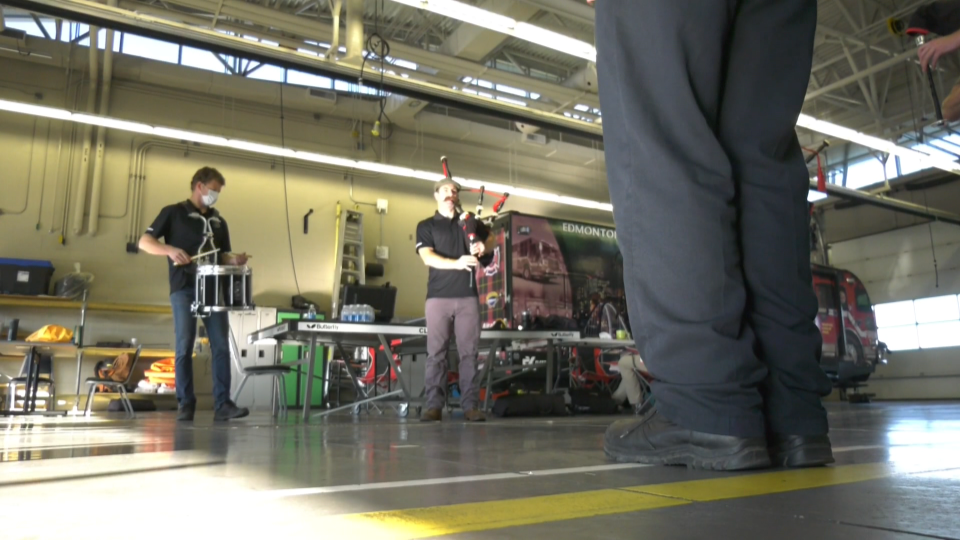 The group is typically called into action at parades, ceremonies and memorials.

"The vision that we have is continual improvement, keep supporting our fellow firefighters and first responders," Lindsay said.

"When everybody is playing on the beat and everything sounds good and tuning sounds great, you fell really proud to be part of that,” said Badmington.

But the most difficult performances for the group is having to play at a funeral for a fallen colleague.

“When you’re done playing the hair usually stands up on your neck and the air tends to get dusty and you might leak a few tears out,” said Lindsay.

“It’s such an honour to help provide that closure for that family,” he said. “It’s a moving experience.”