Edmonton gets head-start on festival season with Winterruption YEG

Edmonton gets head-start on festival season with Winterruption YEG 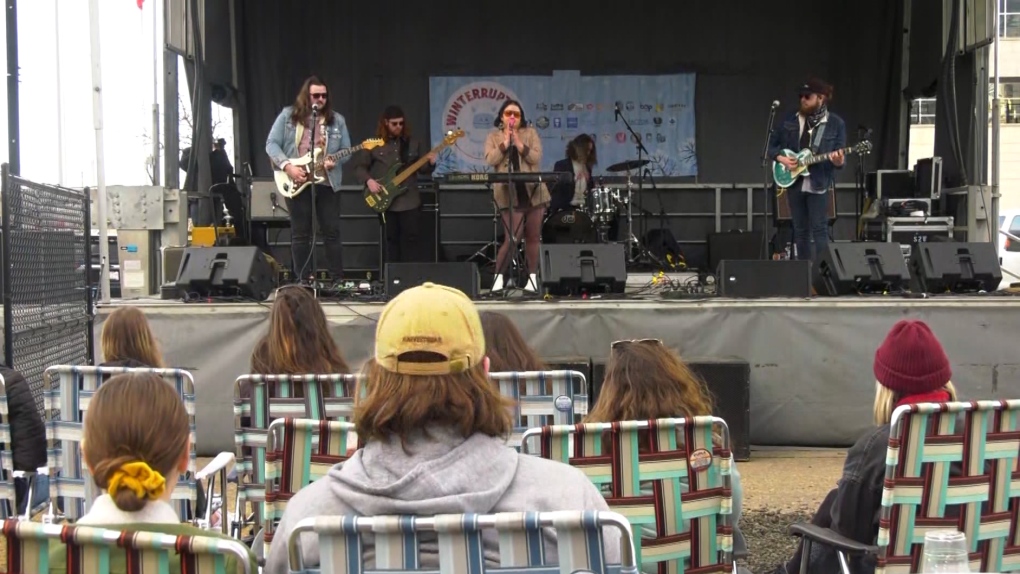 Live music and entertainment is filling the city’s core this weekend thanks to a rescheduled winter festival.

With only two years in running, Winterruption YEG Festival is new to the city and offers Edmontonians the chance to embrace the colder months instead of saving festivities for the summer.

The event was scheduled to take place late January but had to be pushed back due to the pandemic.

"There’s still a couple patches of ice and snow, so even though it’s a pretty mild winter, it still feels a little bit like winter."

"We’ve got artists from San Antonio, from Milwaukee, from Toronto and from Vancouver, all over the place," said Oliver. "A lot of touring artists but a lot of artists that have not been touring for the last couple years."

Dozens came out Saturday to enjoy some live music at the outdoor downtown venue The Backyard.

Oliver says after the past two years through the pandemic, it feels great to have people gathering back downtown.

"It’s nice. The whole sense of the festival and something to bring people downtown is for a sense of community."

Winterruption YEG Festival is putting on several free shows. For those who want to attend all events, festival wristbands are also available for a fee.

To find the event schedule and prices, check out their website.