Edmonton hockey marathon returns to the ice for a good cause

Edmonton hockey marathon returns to the ice for a good cause 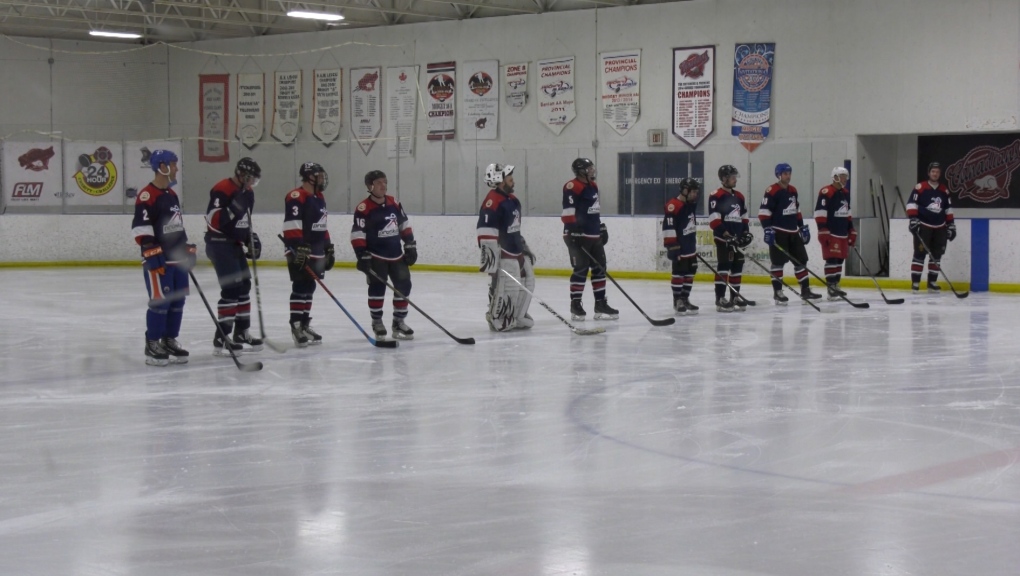 After two years of modified games, a local hockey marathon is back on the ice to support young adults with cancer.

And while this weekend’s event was a little chaotic to start, 24 Hour Challenge chairperson Tammy Coley says it's great to have the community return to cheer on the initiative.

"We've just come together. Everybody rallies. We always find a way to make it work," said Coley.

The 24 Hour Charity Challenge began at 6 p.m. Friday and wrapped up Saturday evening, raising funds for the Matt Cook Foundation.

A talented hockey player himself, Cook was diagnosed with a rare bone cancer at 18 years old and later died of the disease in 2010.

Coley says all funds raised by this weekend’s event will go toward adults between the ages of 18 and 25, which can often be overlooked when it comes to support through their treatment.

"That young adult group, they’re at the Cross Cancer (Institute), and it’s a pretty lonely place for them because there’s just not very many of them there," said Coley.

The charity uses money raised to supply patients with care packages to offer them some comfort while in hospital.

"Things like a blanket and a journal, things that Matt really felt were important," said Corey. "And it helps them pass the time during their stay at the cross cancer but also just shows that somebody cares about them and wants to help them on their journey."

While this year’s event has already wrapped up, donations can still be made toward the Matt Cook Foundation by visiting the 24 Hour Charity Challenge website.