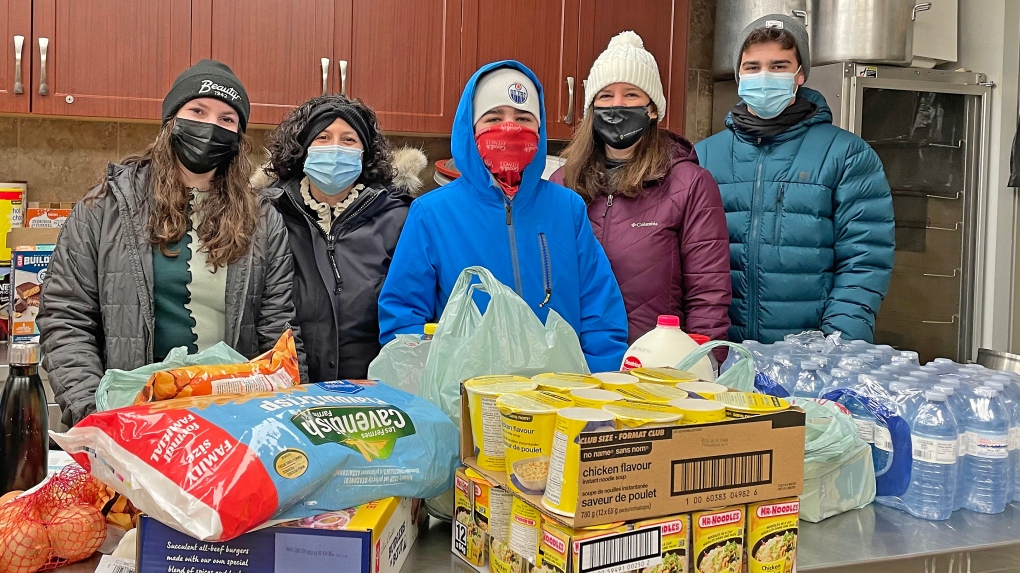 A pair of faith groups in Edmonton teamed up Thursday to help keep people safe and fed during an extreme cold snap.

Jewish Edmonton took food to the neighbouring Al Rashid Mosque, which often opens its doors to shelter people in need.

"Thank you to Al Rashid for opening its mosque to the homeless during this severe cold snap," the group tweeted.

"To help with this, we donated food and water to the mosque, which has extended the overnight space until this Sunday. Please consider donating to the cause."

"This is how our community comes together! Thank you Jewish Edmonton for your contribution to ensure we are keeping our most valuable neighbours safe," the faith group replied.

Edmonton's mayor shared the interaction, and a local Senator thanked both groups.

Everything about this tweet makes me verklempt, and proud of the people in my city who are doing what they can to help," Paula Simons tweeted.

"Thank you to Al Rashid, Bissell Centre, Jewish Edmonton, and all the other groups who are out there, literally, doing the work to keep people safe."

Edmonton was under an extreme cold warning earlier in the week, and temperatures were set to dip below -35 degrees with the windchill Thursday night.

This is how our community comes together! Thank you @JewishEdmonton for your contribution to ensure we are keeping our most valuable neighbours safe. https://t.co/jcKcIdmvDf