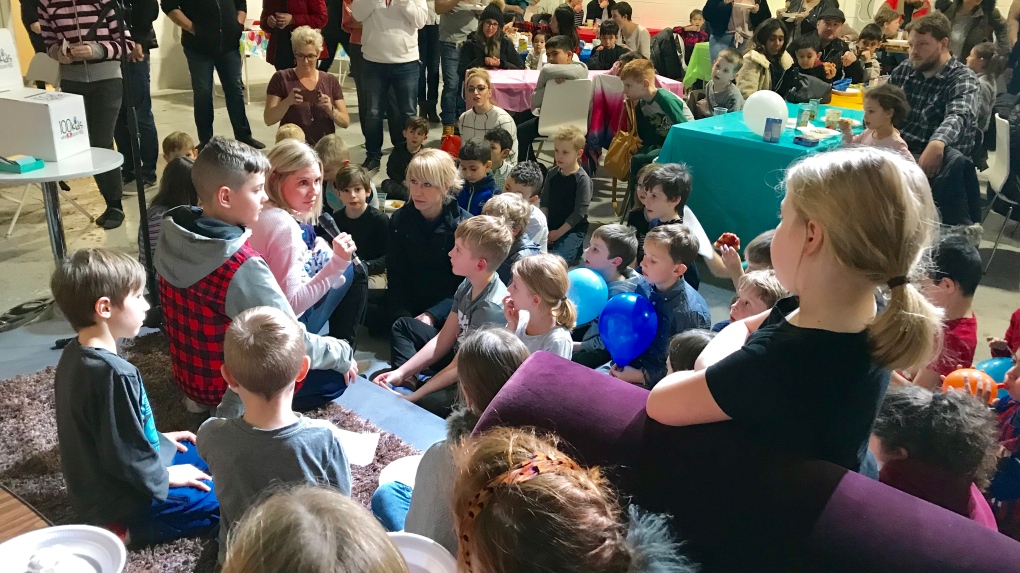 Kids Who Care YEG also awarded $250 each to the Christmas Bureau of Edmonton and the Kaleo Collective, during the second version of the event at The Creative Hive in west Edmonton.

“I wanted to support the charities. I want other people to be able to live their life too,” said 7-year-old Bennett Martin.

Each child raised at least $20. Then, during a pizza and balloon castle party, the charities each made one minute pitches for the cash. The children voted, and the donations were awarded, with the SPCA taking top prize.

Martin voted for the SPCA.

“So the animals could live their life too. I didn’t want them to die either,” he said.

Dez Melenka, from the Creative Hive, organized the event with her business partner Mike Tighe and Ryder Stephanson from 107 FM.

“Once you give them (children) the power, you should see what they can do. Once charities start talking, you can hear a pin drop in this room, which is hard to believe,” Melenka said.

The initiative started with just 10 kids and has grown to roughly 100. The Creative Hive plans to host more events and keep growing the initiative.

“This just shows that kids here really do care and they want to give back,” Melenka said.

Info about upcoming Kids Who Care YEG events can be found here.