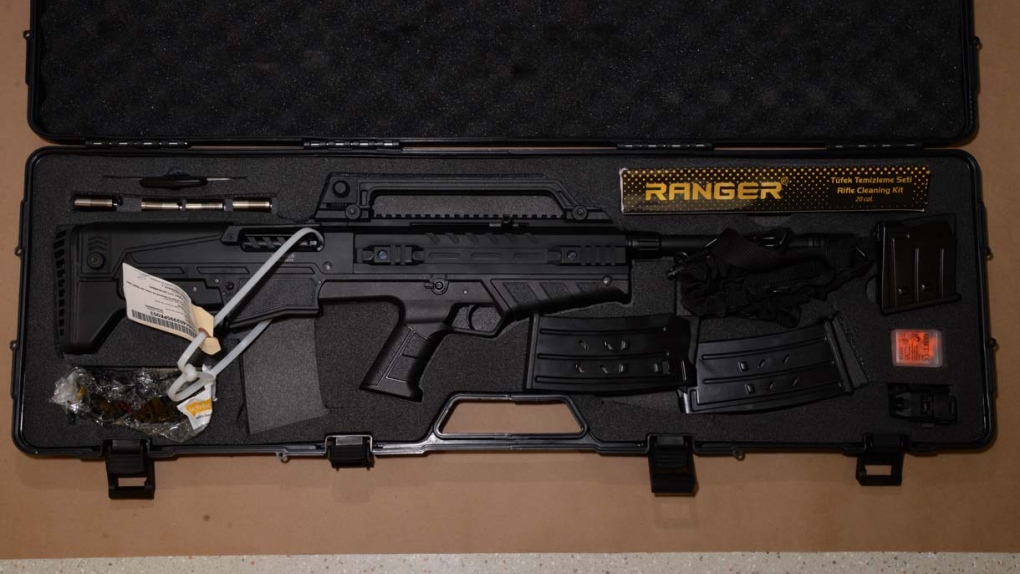 One of the weapons seized by St. Albert RCMP after an arrest outside the Century Casino (RCMP image)

EDMONTON -- An Edmonton man is facing multiple weapons charges after being arrested in Century Casino parking lot in St. Albert.

St. Alberta RCMP say an officer was conducting patrols in the casino's parking area and spotted a Ford Explorer with Aubichon inside.

The officer determined the Explorer was stolen before arresting Aubichon and searching the vehicle.

Police say the officer found household items still in boxes along with shot gun ammunition, various other weapons as well as drugs and cash.

Aubichon was remanded into custody and will next appear in court on Oct. 19.