An Edmonton man who spent 10 months in hospital due to complications from COVID-19 and had most of his toes removed has returned home.

The 62-year-old man who asked that only his first name be published out of fear of backlash from COVID-19 deniers and anti-vaxxers told CTV News Edmonton he doesn't remember his wife driving him to the University of Alberta Hospital that first night.

Three months later, Eric woke up from an induced coma but his problems were far from over.

CTV News Edmonton reached out to Alberta Health Services to verify Eric's story. A spokesperson with AHS confirmed his account.

He had spent five weeks on an extracorporeal membrane oxygenation (ECMO) machine to keep him alive. That machine took a toll.

"I had a 10 per cent chance of survival," said Eric. "I'm a stubborn Dutchman. I made it, but it was at a cost: a fingertip and eight toes."

Those extremities had to be removed on June 7 because they had become necrotic, meaning they were black and dead.

"For several months after that, of course you're on the ventilator," he said. "You can't talk… At first I couldn't even move my arms."

'I DON'T THINK HE'S GOING TO MAKE IT'

"My wife went through an incredible ordeal. Several times, the doctors called her and said, 'I don't think he's going to make it.'"

But Eric did make it.

As he left the ICU, U of A Hospital staff gave him a special send-off. 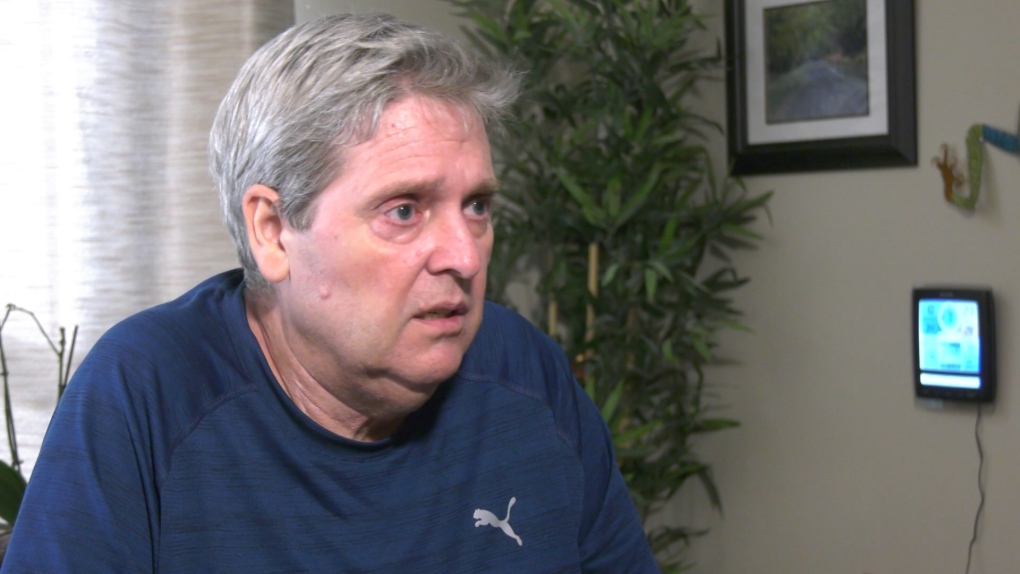 "Unbeknownst to us, my wife or myself, all of the people that had anything to do with me - the doctors, the nurses, the therapist," he said. "They lined the hall all the way. And as I was going by they were clapping."

"That was just so heartwarming. I was the longest stay in there with COVID at that point."

'IT'S NOT A CONSPIRACY'

After being bedridden for 10 months, Eric says his muscles are at 40 per cent of where they were before he had COVID-19.

Eric returned home from hospital on Wednesday and has started rehab at the Glenrose Hospital but still has a long road to recovery.

He still needs help from a machine to keep his oxygen levels up. He still is unable to walk on his own.

So now, Eric's focused on healing and getting his message out.

"I want people to realize that this is a real virus. It's not made up. It's not a conspiracy," he said. "No problems whatsoever before this happened, and if a healthy person can get it, anyone can get it."

Alberta Premier Jason Kenney is urging the U.S. government to convince Michigan to abandon its legal campaign against the Line 5 pipeline.

Former Pentagon officials have briefed at least three Canadian members of Parliament about unidentified flying objects, according to a Manitoba MP and a Texas-based researcher.

A day after Maple Leafs star Mitch Marner was robbed of his Range Rover at gunpoint outside an Etobicoke movie theatre, Toronto police said they have already seen more carjackings so far this year than they did in all of 2021.