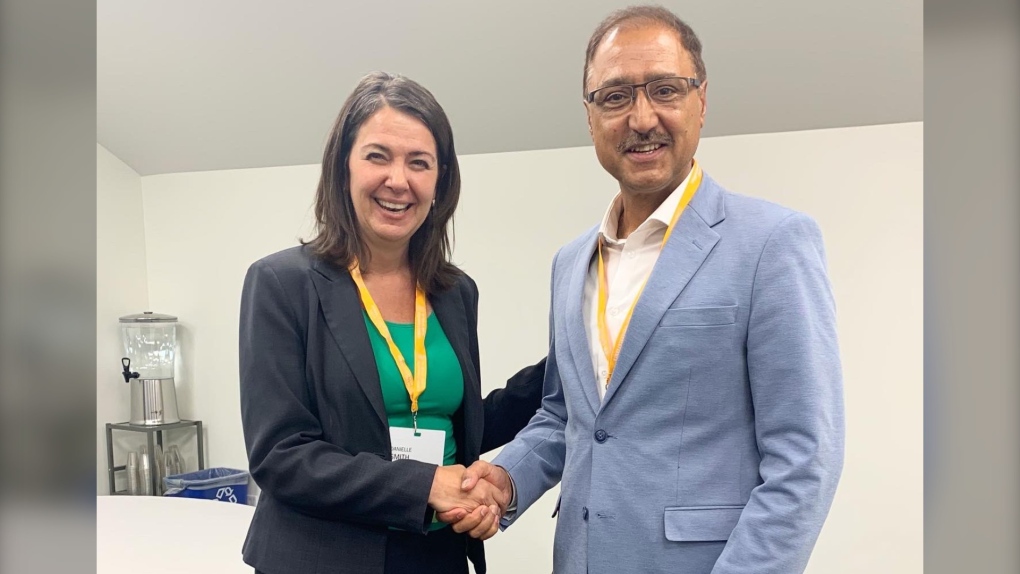 After a seven-candidate leadership race, former Wildrose leader Danielle Smith won the party's top job after six rounds of preferential ballot voting with 53.77 per cent of the vote.

In a statement released Thursday evening after the UCP leadership result was announced, Mayor Amarjeet Sohi congratulated Smith, saying he looked forward to collaborating with her and would continue to "advocate fiercely" for Edmonton.

Sohi congratulated Smith for the win and for becoming the premier-designate, to be sworn in next week, after which she will be the 19th premier of Alberta.

"We, as Alberta's capital city, are ready to put in the work necessary to promote and improve Edmonton under her leadership," Sohi said.

He wants the next provincial administration to continue growing not only Edmonton's economy but the region as a whole.

"In partnership with our new premier, we can help expand our economy, create well-paying middle-class jobs and tackle climate change to make our communities more sustainable."

Sohi called on Smith to fulfill the province's responsibilities when it comes to addressing houselessness, drug poisoning, and mental health.

"Tackling these issues will reduce pressures on the overstretched healthcare and justice system," he said. "We want it to be easy for everyone to do business in our city."

"Edmonton deserves its fair share, and I will continue to advocate for equitable funding," Sohi said.

"I look forward to sharing more ideas with Premier (Designate) Smith in the near future and wish her the best of luck in this role," Sohi added. "Together, we can build an Edmonton for all of us."

The national security adviser to Prime Minister Justin Trudeau says that senior officials are planning ahead for the possibility of another 'Freedom Convoy' protest in early 2023.

Canada should delay MAID for people with mental disorders: psychiatrists

Canada is not ready to expand medical assistance in dying for people with a mental disorder, leaving psychiatrists across the country 'incredibly concerned' about patients needing better access to care, including for addiction services, says a group representing the specialists across the country.

Alberta’s deputy premier says the proposed sovereignty act does not grant cabinet unilateral power to rewrite laws behind closed doors, but amendments may be needed to clear that up.

Only one in five Canadians are aware that a person with HIV can't sexually transmit the disease if they are taking the proper medication, according to a new survey that suggests Canadians still have a long way to go in understanding the medical and social realities of HIV.