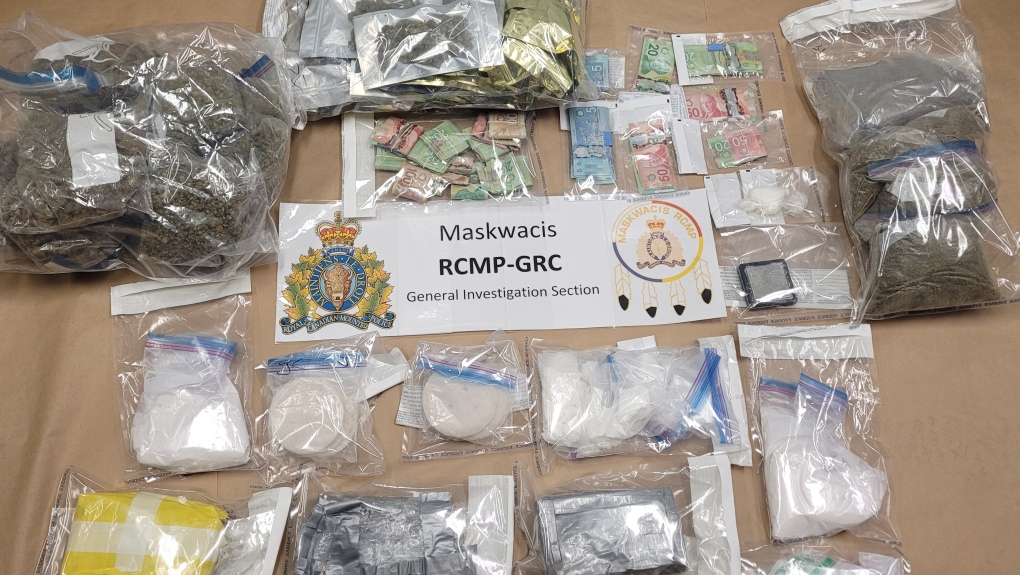 During a May 25, 2022, search of a vehicle and home in Edmonton, RCMP found about 1.6 kilograms of cocaine, about 740 grams of a substance believed to be buffing agent, items used to produce crack cocaine, more than $16,500 in cash, about 13 pounds of illegal cannabis, and 5,400 illegal cigarettes. (Photo provided.)

Three men from the Alberta capital are facing charges after a "significant seizure" including thousands of illicit cigarettes, hundreds of pills, several kilograms of marijuana and thousands of dollars in cash.

RCMP in Maskwacis, Alta., said Thursday that they started investigating a "trafficking network" in June 2021.

On Tuesday, police began executing six search warrants at a home in Ermineskin Cree Nation and a storage locker in Edmonton. They also searched two vehicles.

Then, on May 25, police searched a home and vehicle in Edmonton, finding:

Together, the seizures throughout May have a value of $400,000 police said.

In connection to the May 17 seizures, Salih Khoshnaw, 32, and Leslie Dennehy, 35, were charged.

Khoshnaw also faces one count of unlawfully selling tobacco products that were not stamped.

Dennehy was charged with:

Shimal Saad, 33, was charged in connection to the May 25 seizure with:

Khoshnaw is scheduled to appear in Edmonton Provincial Court on June 15 at 8:15 a.m.

Saad was released after a bail hearing and given a court date i Edmonton on June 9 at 8:30 a.m.