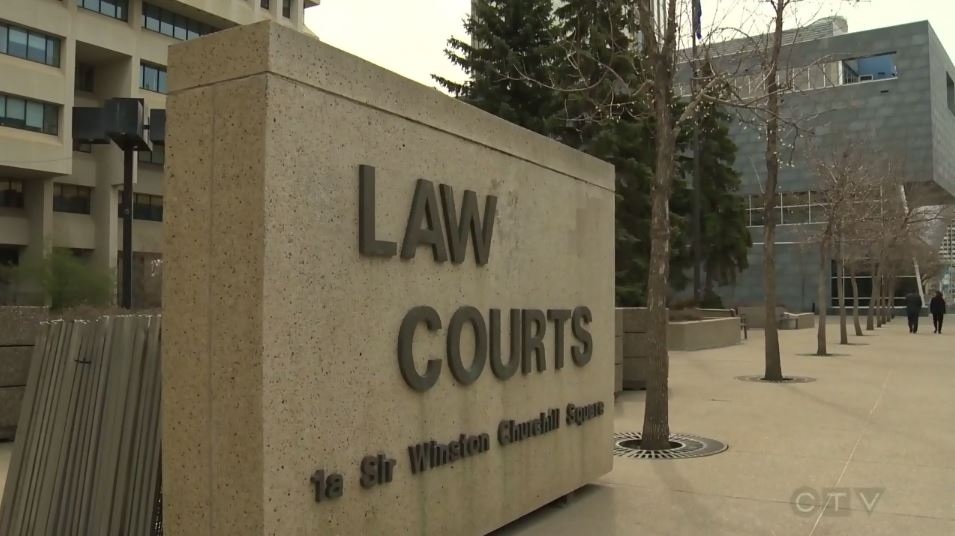 EDMONTON -- An Edmonton woman was found guilty Friday of manslaughter in the death of her five-year-old daughter, who showed up in hospital with brain injuries experts said were often seen in car crash victims.

The woman, who is in her 30s, was charged and pleaded not guilty to second-degree murder, failure to provide the necessaries of life and assault with weapons, including a belt and a spatula.

Court of Queen's Bench Justice Avril Inglis said there was not enough evidence to convict her beyond a reasonable doubt on those charges.

Inglis said the manslaughter conviction was more fitting because evidence showed the girl's severe brain injuries were caused by an assault and the only person in the home capable of inflicting them was her mother.

“The assault was forceful enough to cause a devastating brain injury, the type that is often seen in motor-vehicle crashes,” Inglis said.

“Such an intense assault upon a child's head obviously put (the girl) at risk of bodily harm, which a reasonable person in (her mother's) circumstances would realize.”

The judge-alone trial heard that the mother called 911 on Oct. 13, 2015, to report that one of her three children was breathing but wouldn't wake up.

An ambulance arrived at an apartment in northwest Edmonton and took the girl to hospital, where she died four days later.

Late last year, a pathologist testified that the girl's cause of death was blunt force trauma to the head.

Dr. Mitchell Weinberg said the girl arrived at hospital with hemorrhages that were widespread in her brain. He described them as recent injuries. She also had a damaged kidney, a cut under her upper lip and bruises on her cheeks, on the back of her head, near her ear and on her elbows.

Inglis noted during her oral decision that all expert medical witnesses had varying opinions on when the girl suffered the fatal brain injury, but they all agreed they were not the result of an accident such as falling from bed, a chair or down the stairs.

Investigators' interviews with the girl's brother and sister, who were ages four and 10 at the time of her death, were played in court. The older sister also testified.

Inglis said the Crown's evidence for assault with a weapon depended on the older sister's interviews and testimony.

“(The sister) did not provide any evidence of assault until she was led to it by the interview,” Inglis said. “Her in-court testimony added nothing to this recorded statement.”

The judge said the girl was most likely sleeping when her younger sister was assaulted.

During the trial, the Crown argued the mother's delay in calling police for her daughter's injury proves that she failed to provide the necessaries of life.

Inglis disagreed, arguing that the woman called her father after her daughter was showing signs of injury and it was not clear how severe her symptoms were leading up to the 911 call.

“That conduct may be consistent with an inexperienced mother not knowing what to do and panicking,” Inglis said.

She noted that the woman did not try to hide evidence once police arrived and she might have been afraid to involve emergency services because of “the lengthy involvement of government agencies with her children.”

Inglis said the Crown also failed to prove beyond a reasonable doubt that the woman intended to kill or seriously harm her child.

“(The woman's) intent at the time she committed this assault on (her daughter) is unclear, but that is irrelevant to the general intent on the offence of manslaughter.”

The woman's sentencing is expected to take place in the fall.

This report by The Canadian Press was first published May 7, 2021.