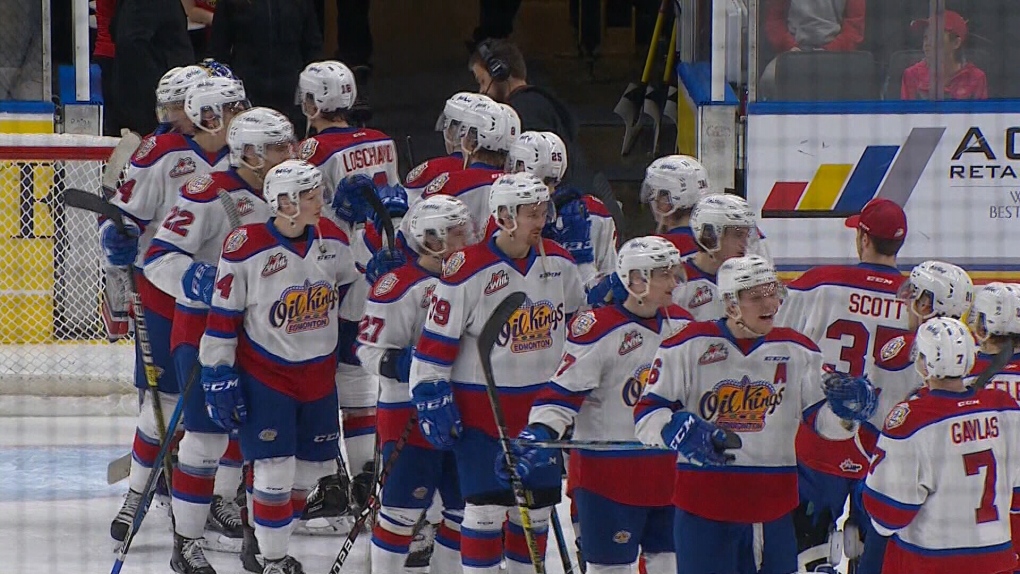 The Edmonton Oil Kings announced on Thursday that fans are expected to be welcomed back to Rogers Place for the team's 2021-22 season home-opener. (File Photo)
EDMONTON -

The Edmonton Oil Kings say fans will be welcomed back to Rogers Place for the team's 2021-22 home opener in the fall.

In a news release, Edmonton's Western Hockey League (WHL) team said it does not expect fan restrictions to be in place when it faces off against the Red Deer Rebels on Oct. 1.

"The Oil Kings are committed to delivering a game experience this fall that places fan health and safety at the forefront," the news release read in part.

The remainder of the Oil Kings' 68-game regular season schedule has yet to be announced, but the team will play against WHL Eastern Conference opponents only.

The game will mark the seventh time the Oil Kings will have hosted the Rebels in a home-opener.

Edmonton is 3-2-1-0 in its previous six home-opener matchups against Red Deer, and 8-5-1-0 in the 14 home openers played in modern franchise history.