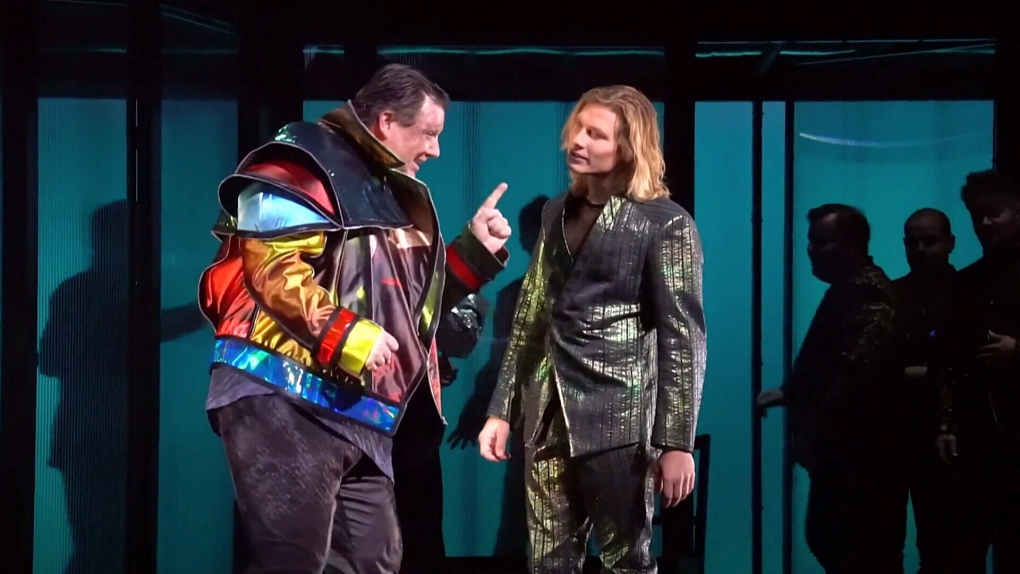 EDMONTON -- An opera about power, corruption and tragedy that first debuted in the mid-1800s is playing in Edmonton, remixed since the Renaissance as a story set in a future cyberpunk world.

"I think audiences who have never been to the opera will recognize pieces from this particular opera, which is saying something," said Sharleen Joynt, who plays Gilda in Giuseppe Verdi's Rigoletto.

The play first premiered in Venice in 1851, but the cast behind the Edmonton Opera's production says the plot is timeless.

"This is art that is universal throughout any kind of decade: human oppression, human bullying, and rising above it," said James Westman, who plays the production's title character.

The original story is about a curse placed on Rigoletto, a court jester, and a duke. The curse is cast by the father of a woman the duke seduces with Rigoletto's encouragement. As a result of the curse, Gilda, Rigoletto's daughter, falls in love with the duke and sacrifices herself to save him from an assassin hired by her father.

In the modern version, Rigoletto's enemies exact revenge by taking the one thing the joker loves most, Gilda.

Westman added: "I like to put a mirror to the audience and have them look at themselves, and I think this is an incredible production for that."

Edmonton Opera's Rigoletto opens at the Jubilee Auditorium on Saturday, and also runs Oct. 22 and 25.

With a report from CTV News Edmonton's Graham Neil