EDMONTON -- A local entrepreneur has come up with a unique way for outdoor-enthusiasts to experience Edmonton's river valley.

Steven Capp was forced to pause his events business when COVID-19 cases started turning up in Edmonton.

That's when he remembered an old idea.

"I've always had this idea ever since I had my daughter and paddled down the North Saskatchewan River," Capp told CTV News Edmonton. "I had an idea to activate these beautiful islands that are down there with something, I didn't know what."

For those who might not know, "glamping" is a term that means glamorous camping. Basically a luxurious version of the traditional outdoor experience. 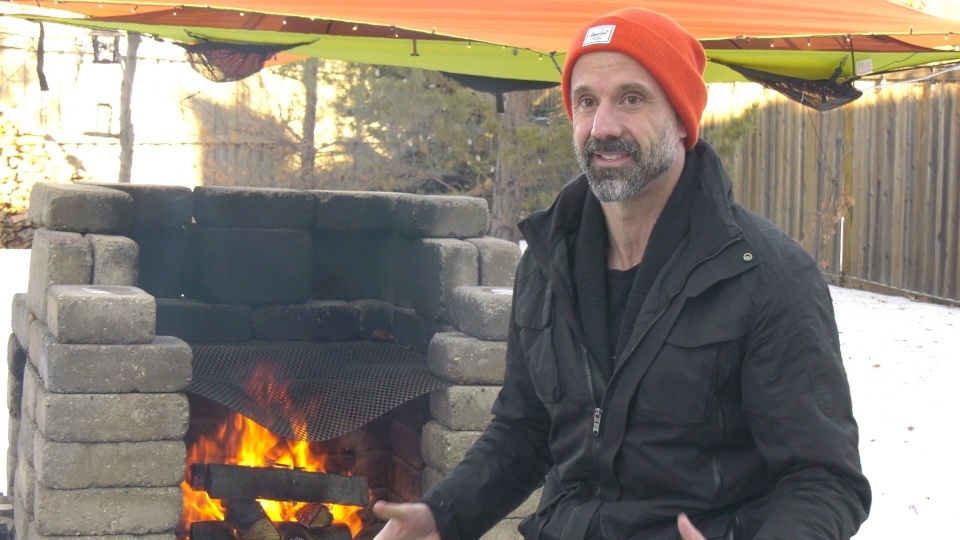 "I've done a lot of camping myself," Capp said. "I've done safaris in South Africa, I've hiked West Coast Trail, Juan de Fuca, I've done lots in the Rockies where we go back country camping and I see the beauty and the health that you get from being in nature."

The outdoorsman says bookings are already coming in, with plans for the new venture to start kicking into full gear in May, running every day until October.

"We've honestly got people booking right now all the way up to September for anniversaries, birthdays, special dates. People are talking about having little weddings out there."

The excursion starts at the Kinsmen Centre where clients are picked up by a jet boat and taken 25 minutes through the river to the island Capp had discovered with his daughter.

Upon arrival, guests are dropped off fully equipped with everything they need to enjoy the island.

"Whether it's your glamping tent, your glamping dome, a tree tent," said Capp. "Then you can also book river activities, there's hiking. All sorts of things you can do on the island."

Because the two sites are considered Crown Land, Capp says he had to receive special permission from the province before he could use them.

As they're located in Edmonton, the sites are also considered part of traditional Treaty 6 territory.

Capp says during these unusual COVID-19 times, the experience he's created could be a good way for people to get away.

"We're doing this in the Edmonton river valley, where we're surrounded by a million people," he said. "Everybody's been affected by COVID and so this gives people a way to detach, enjoy nature and enjoy it with your family and friends."