William Huget worked for 30 years as an advanced care paramedic, helping Albertans on their worst days. Now that he has terminal cancer, he's graciously accepting support in an effort to stay at home with his wife for as long as possible.

Kathy was diagnosed with progressive multiple sclerosis in 2001 and is now quadriplegic.

William learned in November that he has pancreatic cancer. He said doctors estimate he has 18 months of life left.

For the past few years, he's worked on the frontline of Alberta's fight against COVID-19 while caring for his wife, even though he said bringing an infection home to her could be lethal.

"I provided free care for 12 years. I can't do it anymore. I'm likely dying or I'm going to be too sick to do it," William explained to CTV News Edmonton. "I can face my mortality but I need to take care of my wife."

"I put my wife's life at risk to help the public. So does every doctor, so does every nurse."

William is taking chemotherapy. It's now impossible for him to lift and care for Kathy. They've had to buy a $6,000 bed for her and have bills of about $10,000 for a ramp and lift.

William said health officials have determined it's more cost effective to move Kathy into a facility than provide her care at home.

But he doesn't want to be separated from his wife and is willing to pay for home care nursing with every dollar he has left.

"Her quality of life is better at home. At least for a while. Let's just keep her at home so we can live and die together, and then she can go to long-term care. It's too soon for her to go there," he said. 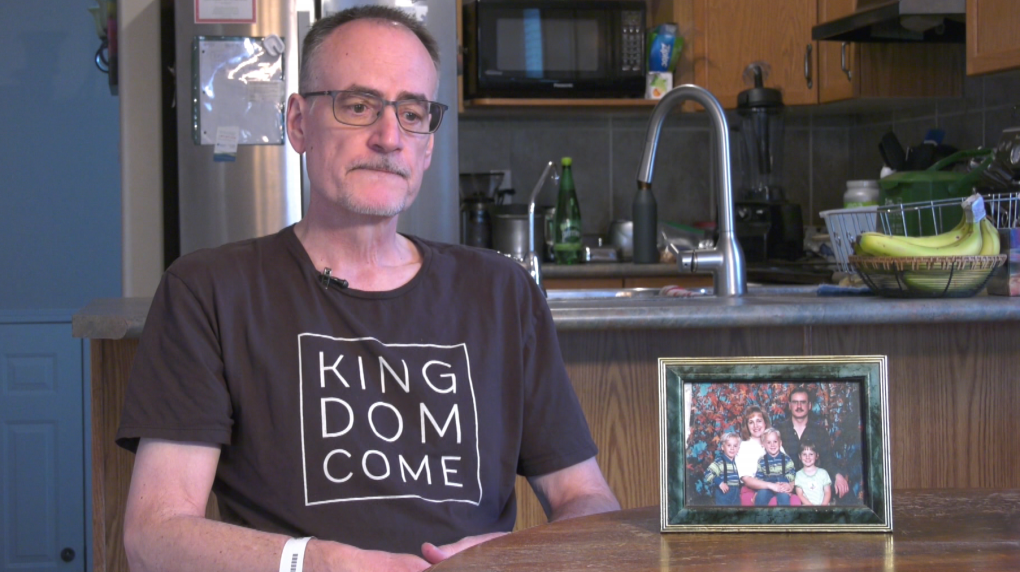 'HE NEEDS THE HELP'

William said he'll sell the car or rack up debt to stay with Kathy, whatever he has to do.

But a fellow paramedic has started fundraising to help the family cover the costs of keeping William and Kathy together.

Sara Dalton said it's the least she can do to help a man who has given so much to his community and others in need.

"He's one of the ones that would give you the shirt off his back…To still have the empathy and the care that he does, he's one of a kind. He needs the help," she said.

"Just the things that we go through as first responders, it just brings you together in a different way."

"The way you have lived and continue to live your lives is truly an inspiration to all," James Waytowich wrote to William and Kathy when he donated $500.

"We are lifting you up in our thoughts and prayers," Marlene Rohr wrote on a $300 pledge.

William said his fellow first responders have also embraced him and his family.

"I've got food coming to my door. My coworkers, one of the first things they did, a handful of them showed up at my house and gave me a cheque for $5,000," he said through tears.

"I'm thankful. And I will receive that because I know it's a blessing for them to give."

William said although he's fighting hard, there's a "highly unlikely" chance that he can survive his cancer. Kathy's health is also very poor, he said.

He's now relying on his faith to give him strength. And said although he was reluctant to accept outside help even in his time of need, he's very grateful.

"It's made us stronger. We're better people. Lots of people have all kinds of struggles, and you can become bitter or better," he said.

"So we value life. We value every hour, every minute, every day. And we should all live like that. You live as if this is your last day on earth but also plan as if you're going to be 100 years old. I think that's a good philosophy of life."