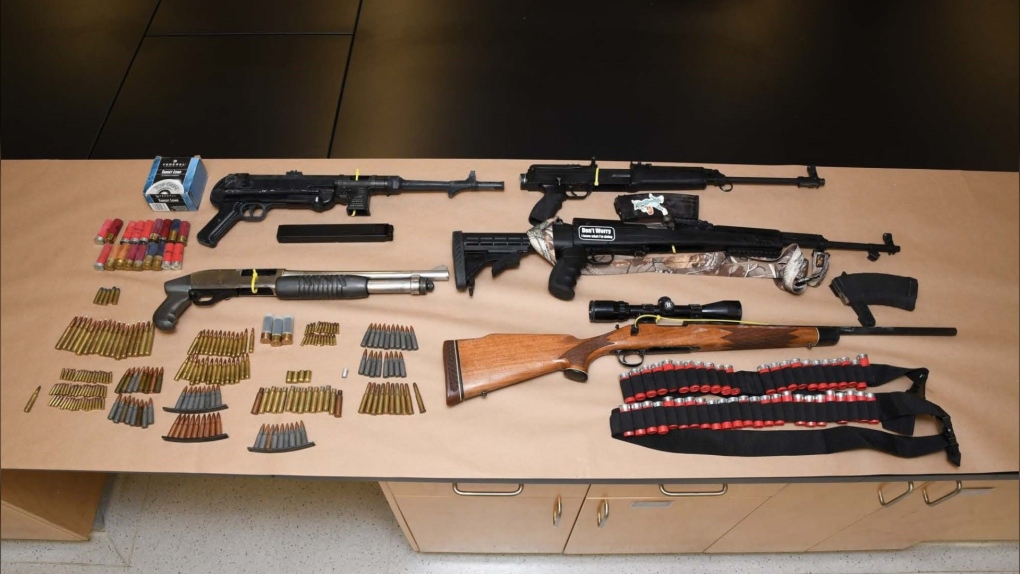 EDMONTON -- A 34-year-old man has been charged after Edmonton police seized several illegal firearms and rounds from a home in Sherwood Park.

Police said various tips from the public led a Firearms Investigation Unit to investigate a man for activities involving illegal guns in and around the Edmonton area.

They executed a search warrant at a Sherwood Park home on Aug. 5, discovering, among other items:

“We are seeing an increase in firearms, especially rifles and shotguns, on the street which in turn can and has led to an increase in violent crime,” said Sgt. Eric Stewart of the Firearms Investigations Unit.

Police say the warrant was executed with the help of an EPS tactical unit, Strathcona RCMP and an Emergency Response Team.