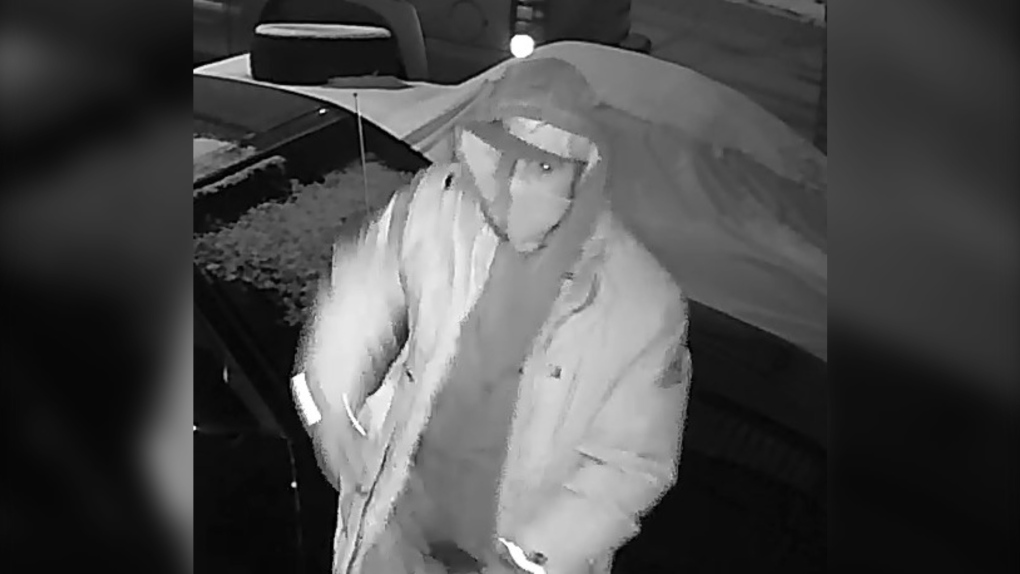 EDMONTON -- An Edmonton police video shows a man lighting a parked car on fire and running away.

The Edmonton Police Service said the arson happened in the area of 29 Street and 44B Avenue at approximately 4:20 a.m. Monday.

EPS released the photos and video in the hopes the public would help them identify the arsonist.

Police believe the initial flames "would have likely caused burns to the suspect's hand and face, including his eyebrows and eyelashes."