Support for Ukraine continues in Alberta communities this weekend as more than a hundred people rallied for stronger action against Russia.

A sea of blue and yellow travelled through downtown Edmonton to Churchill Square Sunday, demanding that NATO impose a no-fly zone over Ukraine.

"We ask NATO, step up and add the humanitarian corridor of safety in the skies of Ukraine," said Taras Podilsky, Edmonton's League of Ukrainian Canadians president and organizer of Sunday's rally.

Recently, calls for NATO to impose a no-fly zone over the country have grown louder following Russia's shelling of the Zaporizhzhia plant, Europe's largest nuclear plant, on Friday.

Imposing a no-fly zone would stop unauthorized aircraft from flying over Ukraine, a cause of anxiety shared by protesters this weekend as Russian forces continue to impact Ukrainian cities.

Podilsky believes if a no-fly zone were to be imposed, it could save thousands of lives. 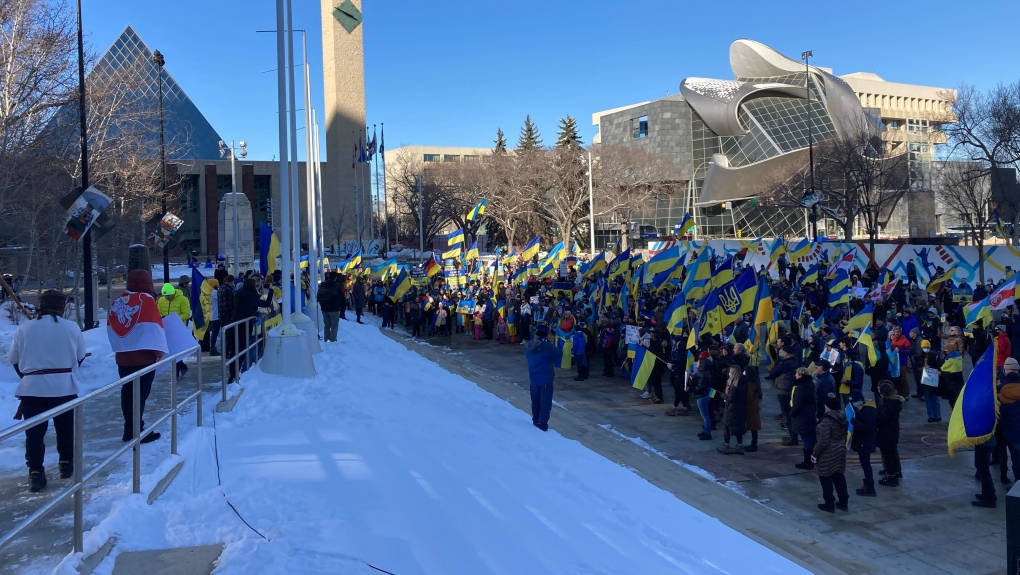 "We need help in the skies. We need help to protect Ukrainian lives that are dying by the minute by the hour because of missiles flying in the skies over Ukraine," Podilsky said.

It's a sign of support Podilsky says is vital to keeping spirits strong for those in crisis.

"They need our moral support, they see how we support them here, and it's a great boost to their fighting spirit," said Podilsky.

The rally was one of many held across Canada and the world on Sunday.