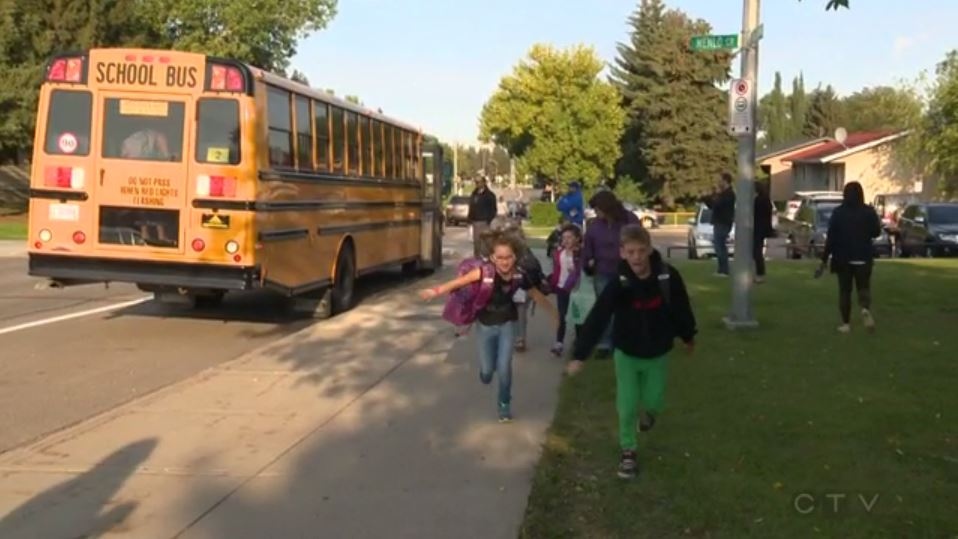 “We have a significant funding gap and unfortunately we are in a position where we will be considering asking families to pay a bit more for bussing,” Trisha Estabrooks, chair of EPSB, said on Saturday.

Increasing fees was recommended after the Alberta government eliminated the School Fee Reduction grant for transportation in its latest budget, which the board says created a $7.7 million shortfall for transportation.

About 11,000 students would be affected, it estimated.

“We experienced a number of cuts in particular to our transportation budget, so we’re facing a significant funding gap,” said Estabrooks. “We are in this position, we don’t want to be in it, but unfortunately we have to consider increasing fees so that we can make up that funding gap.”

Fees for students riding Edmonton Transit Service buses to their designated schools would also rise from $190 annually to $515 annually.

Estabrooks added decisions still have to be made about what the bussing schedules and fess will look like for 2020/2021 school year.

The potential increase has the official opposition calling the UCP government out, saying the cuts will cost Edmonton families hundreds of dollars.

“This is shameful. The premier and the education minister continue to claim they have properly funded education,” said NDP MLA Sarah Hoffman. “This is not what properly funding education looks like.”

The ministry of education says the NDP are criticizing something that hasn’t even happened yet.

“As a former board chair, it is surprising that MLA Hoffman is speculating about a decision that Edmonton Public Schools has not even considered at a board meeting yet. It is doubtful that she would have appreciated opposition MLAs speculating about decisions that had yet to be made by EPSB while she was chairing the board,” a statement from Colin Aitchison, press secretary for the office of the minister of education read.

“We respect the autonomy of school boards in their day-to-day decision making. As always, trustees will be accountable to parents for any fee they choose to put in place.”