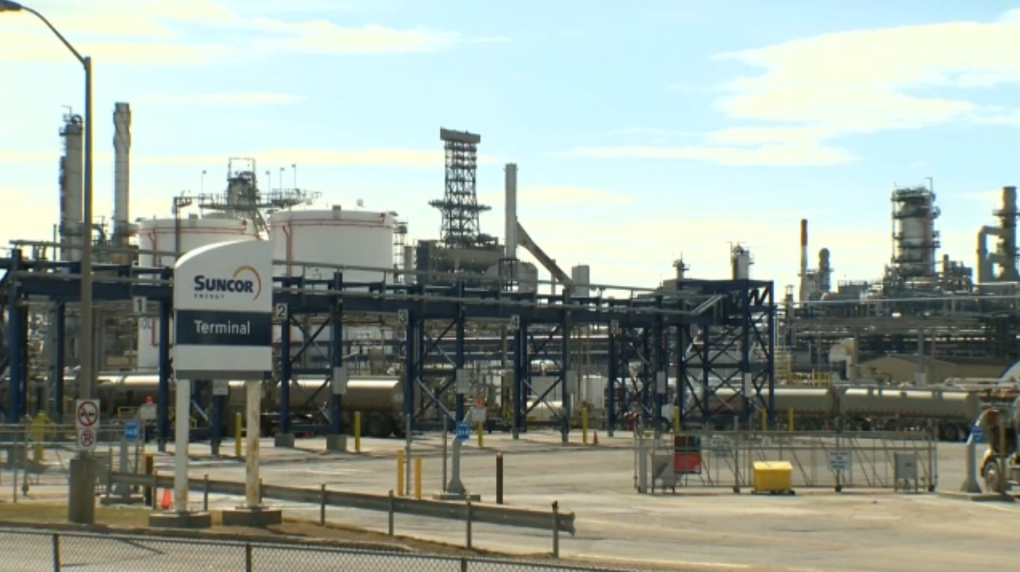 EDMONTON -- Suncor is facing a $100,000 fine after a refinery in the Edmonton-area released hydrogen sulphide gas in 2018.

In a guilty plea, Suncor admitted a valve on a coker at it's Edmonton Oil Refinery on July 18, 2018 was not properly closed. As a result hydrogen sulphide gas was released, breaking Alberta’s environment protection laws.

The $100,000 penalty will be directed towards the Strathcona Community Hospital Foundation for the purchase of respiratory support medical equipment.

On the day of the incident 22 workers were in vicinity of the poisonous gas leak, Suncor spokesperson Melanie Ducharme said in an interview with CTV News Edmonton.

All 22 workers were monitored onsite by medical staff, Ducharme added. Five were sent to hospital and released later that day.

“We know that this incident did have a real impact on the people that were there that day,” she said. “Our goal is to ensure the safety of our people onsite and this goal was not met on that day in 2018.”

“We regret that this incident occurred,” Ducharme said. “We’ve taken steps to prevent it from happening it again.”

Suncor was initially facing seven charges under the Environmental Protection and Enhancement Act relating to the July 2018 incident.

After the company’s guilty plea to one count of breaching an approval requiring that no unauthorized air effluent streams be released into the atmosphere, Ducharme said the prosecution withdrew the remaining six counts.

The refinery is just west of the Anthony Henday in Strathcona County.