Edmonton Riverboat back on the water after 2 years of repairs

Edmonton Riverboat back on the water after 2 years of repairs

An iconic piece of Edmonton history was launched back into the North Saskatchewan River Wednesday night.

The Edmonton Riverboat – formerly called the Edmonton Queen – was pulled from the river in the spring of 2020 after its hull was punctured by pillars due to rapid fluctuations in water levels.

The boat was then towed from its dock downtown to Whitemud Park, where crews built a dry dock so repairs could be done.

There is still no date known for when the boat will be operational again.

CTV News Edmonton has reached out to the operator of the Edmonton Riverboat, but no response has been received. 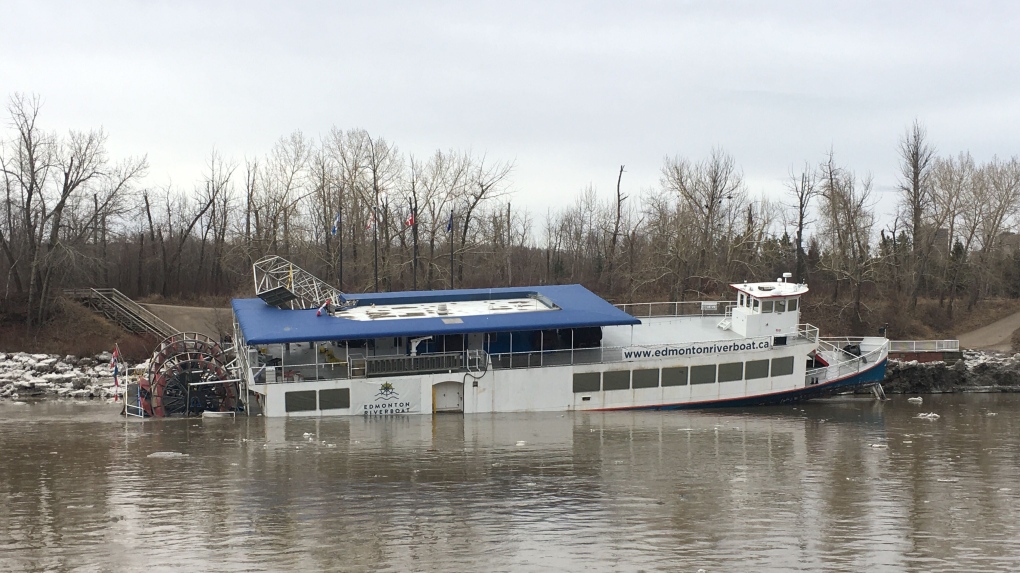 Ice jammed up between the boat and river shore, causing Edmonton Riverboat to twist and appear as if it was taking on water on April 22, 2020.