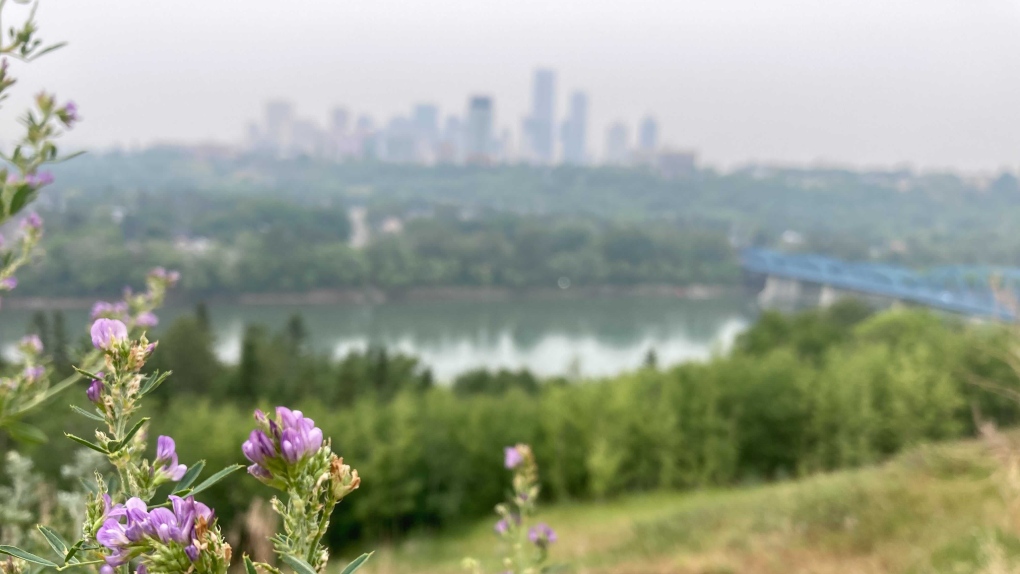 Edmonton's air quality health index rating stayed at a seven, or high risk, on Monday, July 19, 2021, as wildfire smoke from B.C., Saskatchewan and the U.S. continued to filter into the province.

EDMONTON -- After days of smoky smell and low visibility, Edmontonians are finally getting a breath of fresh air.

The city's air quality, according to Environment Canada, stands at a level 2 as of 3 p.m. on Wednesday.

Since last Thursday, except for Friday, Edmonton has had a "high risk" air quality of at least 7, and as high as 10+, due to wildfire smoke from Saskatchewan, British Columbia and even the United States.

The smoky smell and reduced visibility forced the City of Edmonton to close its outdoor pools, green shacks and move some programs indoors.

Other summer camps were cancelled, and the Edmonton Elks practiced indoors.

Environment Canada forecasts an air quality of 2 for Thursday.