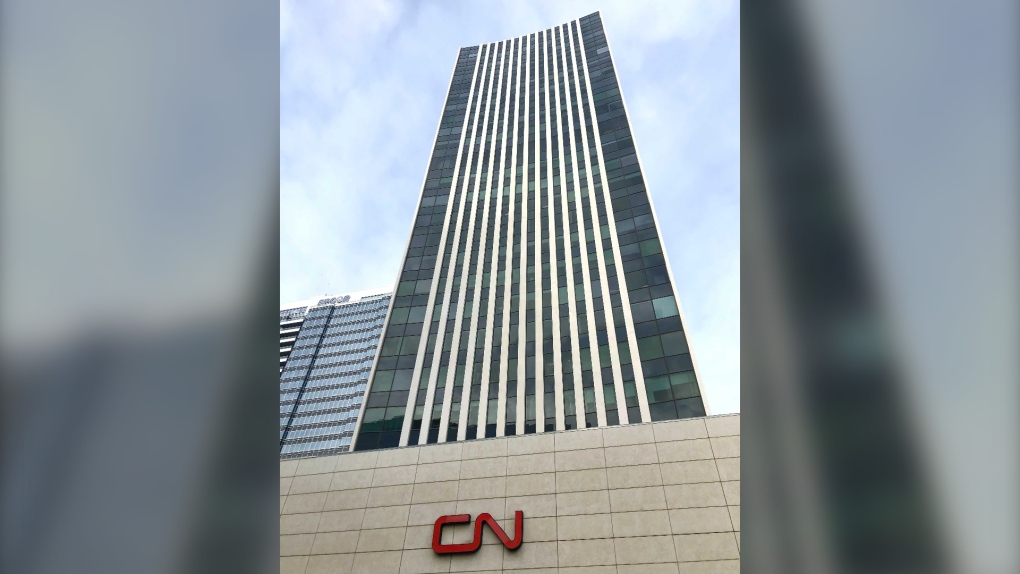 EDMONTON -- Downtown Edmonton's CN Tower was sold in October of last year for $10 along with more than $64 million in debt.

The building was sold on Oct. 8, 2020, by a numbered Alberta company to Vancouver's Trez CN Tower Holdings Ltd., according to a real estate research firm that calls the transaction a "financially motivated sale."

"The vendor was in a receivership action and this particular property wasn’t part of the receivership but all of his properties had huge debts on them and this was an example of one where the two mortgages were over $64 million," The Network's Brian Gettel told CTV News.

Gettel notes the purchaser and the first mortgage holder are affiliated.

The 27-storey steel and concrete tower was first built in 1966 and previously sold in 2011 for $55 million. That sale also involved a small cash handover plus the assumption of debt.

"The building was not performing that bad in relation to our market. It was about 10 per cent vacant, which in the big scheme of things is pretty good because our downtown vacancies are about 17 (per cent) right now," said Gettel.

"People just aren't making moves in this kind of a situation but the big effect is just the economy overall and Calgary being head office for oil companies has been a real problem in the last five years," he said.

He also believes the days of office tower construction downtown are over.

"I can't see any new high rise downtown office buildings for 5 years or probably well beyond that. Between the vacancies and the lease rates, they're far below the levels you need to justify a new building."