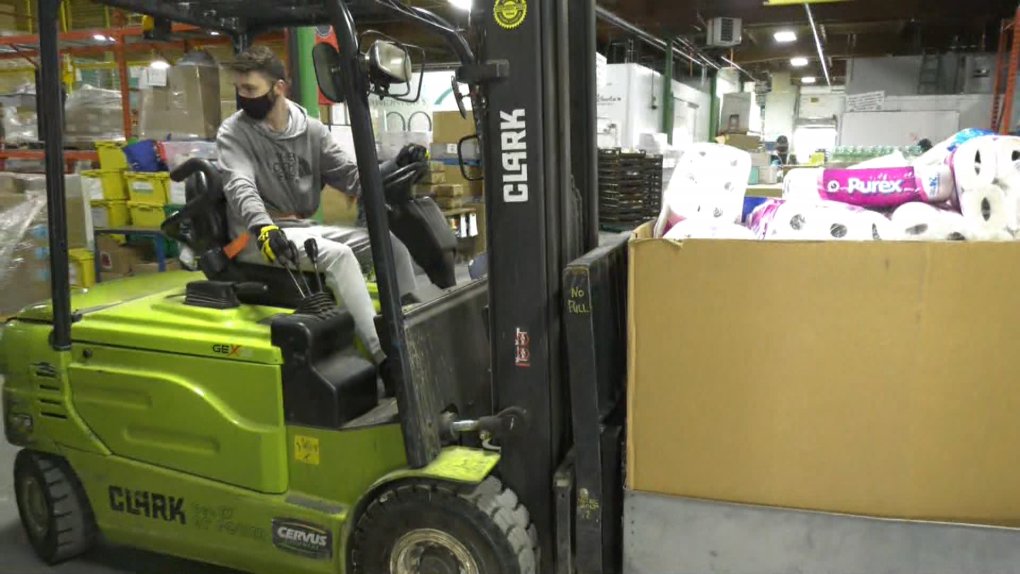 Edmonton's Food Bank hopes to fundraise $25,000, half of the cost of replacing its forklift.

The forklift, one of two that helps the organization lift millions of pounds of food each year, has surpassed its life expectancy and needs to be replaced.

“One of the key pieces of the infrastructure required to move that food is a forklift," said spokesperson Tamisan Bencz-Knight.

"Without one, it would be so difficult to unload the semi trucks. It is key equipment for us."

According to the organization, the forklift would cost more to repair and just isn’t salvageable.

With a new forklift costing $50,000, Edmonton's Food Bank has started an online campaign to raise half the amount needed. The charity has reached out to previous corporate donors as well.

Those involved welcome any donation, large or small.

Benz-Knight said, “If someone rolled up with a brand-new forklift for us today, that would be greatly appreciated!”