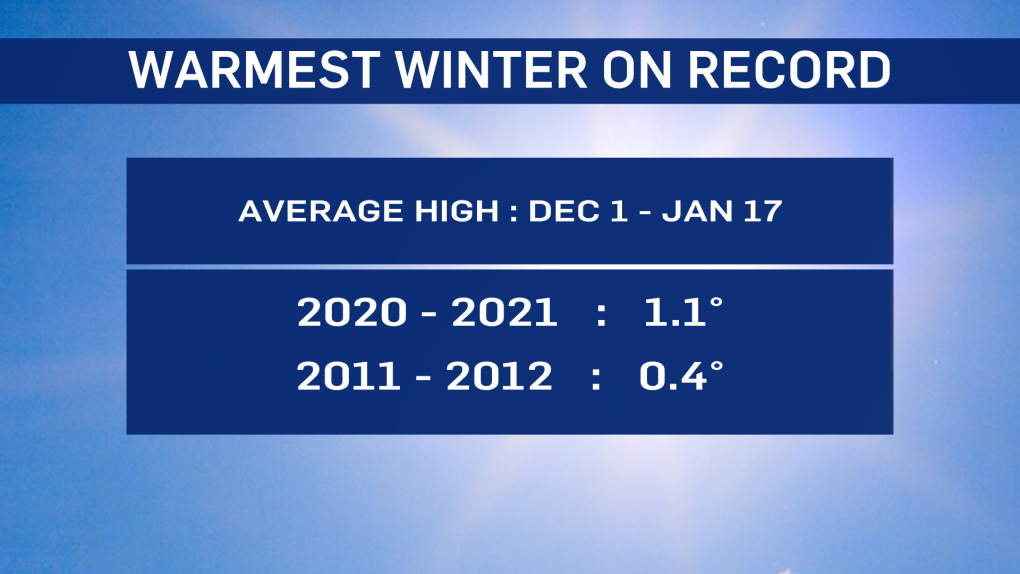 EDMONTON -- Edmonton's in the midst of its warmest winter on record. Temperatures in the past few days have pushed us into the top spot and past the winter of 2011-12.

That's likely to change in the coming days as colder air rolls in. But, up to this point, Edmonton has had an average high of 1.1 degrees from Dec. 1st through Jan. 17th.

The only year that comes close is 2011-12 when the average high for the same time frame was 0.4 degrees.

It's these past few days of warmth that have pushed this year over the top. 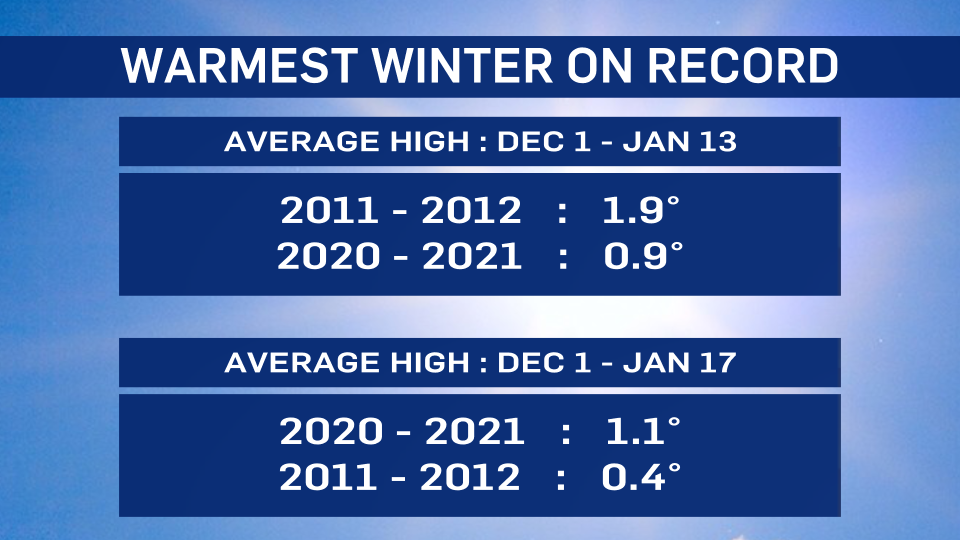 We'll see a similar drop in temperature towards the end of this week in Edmonton.