EDMONTON -- An Edmonton man who's been accompanied by a service dog since 2017, to help with his PTSD, is hoping his recent experience at a local restaurant will help inform Alberta business owners about the rights of customers like him.

On Wednesday evening, Darrell MacDonald was going to have one last meal out with his wife, daughter and service dog, Nikki, before the latest provincial restrictions kicked in, making the dine-in restaurant experience unavailable.

When the four walked into the dining room of Saffron, an Indian restaurant on Edmonton's south side, Nikki's presence was questioned.

"I’m sitting there being judged," he said. "'Are we going to be able to come in, or are we going to have the same situation happen again?'"

Alberta's Service Dogs Act gives all qualified service dogs in the province the right to access any location where the public is allowed.

When MacDonald's wife produced Nikki's Service Dog ID card and presented it to one of the restaurant's co-owners, he seemed unaware of the provincial law.

MacDonald captured some of the interaction on video with his phone. 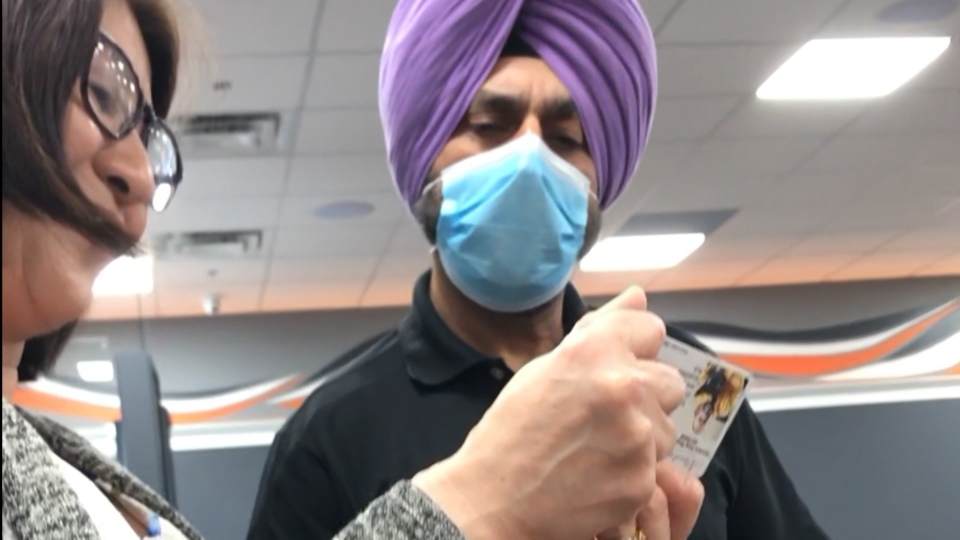 "I have to call 911 to ensure they are allowed," the co-owner said in the recording, "but until then I cannot serve you. Sorry."

By the time the misunderstanding was cleared up, MacDonald says it was too late. His PTSD had been triggered and the night out was ruined.

"I have the mental ability to just tell the story," he said. "That for me is the most important thing, and for anybody that has a service dog."

CTV News Edmonton spoke to a co-owner of Saffron. He did not want to be interviewed, but said he now understands he was in the wrong, and confirmed the sentiments of a text message from the restaurant sent to MacDonald and his wife.

"That was an honest mistake," the message read. "We sincerely apologize on our part."

Discriminating against a person using a qualified service dog in Alberta can carry a fine of up to $3,000.