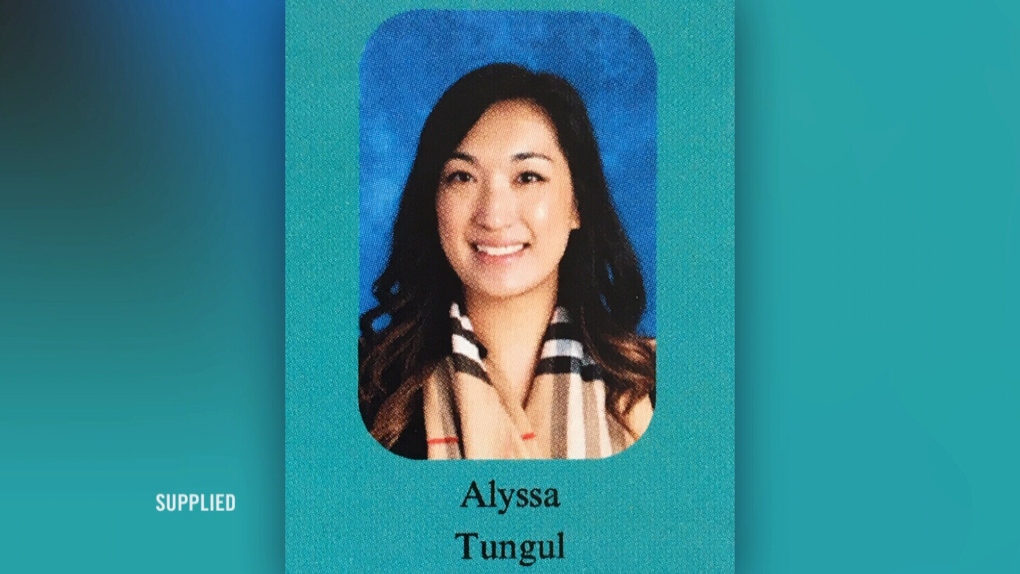 Crown prosecutors are seeking a sentence of between four and five years for an Edmonton music teacher convicted of sex crimes against a 15-year-old male former student.

Alyssa Tungul, 31, was found guilty in July of sexual assault and sexual interference.

At a sentencing hearing Friday, Crown Prosecutor Damon Macleod said he had invited the sexual assault count to be stayed.

He cited her position of authority and trust over the victim as an aggravating factor in sentencing for sexual interference.

“This is a temperate sentence,” Macleod said. “It is not so long that it would make rehabilitation and reintegration into the community impossible.”

He argued that while Tungul had shown prior good character she had also never shown real remorse for her actions.

"Ms. Tungul regrets being convicted. That is all."

Court also heard a statement read out by the victim’s mother describing how her son lost his love of music and struggled in school.

“My son was a victim, and a survivor. And, he will thrive regardless of your actions.”

Alberta Court of Queen’s Bench Justice Susan Bercov said she would reserve her decision until mid-December.

Defence lawyer Brian Vale is seeking a sentence of between 15 and 24 months to be served in the community, noting Tungul’s “otherwise blameless life.”

“She did commit a serious offence against a youth. But that was out of character for her,” he said.

"This was a situational offence ... there is no evidence to suggest this is a pattern.”

Tungul resigned as a teacher last March but had been on administrative leave since December of 2018 and suspended since May 2019.

“There is zero chance that she’ll ever teach again,” said Vale.

The student is now in his 20s and his identity remains protected by a publication ban.

Tungul was his music teacher in junior high and maintained a relationship with him after he graduated into high school,the court heard.

At trial, both the student and Tungul testified that they had sexual encounters but disagreed on who prompted those meetings and how often they happened.

She admitted to having sex with him in the basement of his cousin's house, but said he forced himself on her. The student told court the sex was consensual.

She was convicted of sexual interference in connection with a later incident where she performed oral sex in her car.

In her ruling, Bercov described the relationship as "inappropriate" and "improper."

"It is possible, even likely that this was developing or developed into an improper sexual relationship," Bercov ruled.

Tungul had pleaded not guilty to charges of sexual assault and unlawful touching of a person under the age of 16.