Walmart officials are promising to take down a "dummy" security camera from a changing area in Edmonton, but the person who exposed the device is demanding further investigation.

Danielle Donaldson said she was trying on sports bras at the Clareview location last Friday when she looked up and noticed something staring back at her.

"The camera caught my attention above me. It not only can see in, it literally is to the side above the change room…I feel so violated and disgusted," she wrote on Facebook.

Donaldson said she snapped a photo of the object from inside the change room and immediately took her privacy concerns to a supervisor at the store.

"I didn’t feel like it was addressed like I expected it to be. I showed her the picture I took and she said, 'It’s fine,' and I ended up leaving there kind of confused," she explained to CTV News Edmonton.

She posted about the situation on Facebook and it was shared more than 2,000 times.

"I don’t think it’s just me at this point who’s been exposed to this camera in this change room," she said. 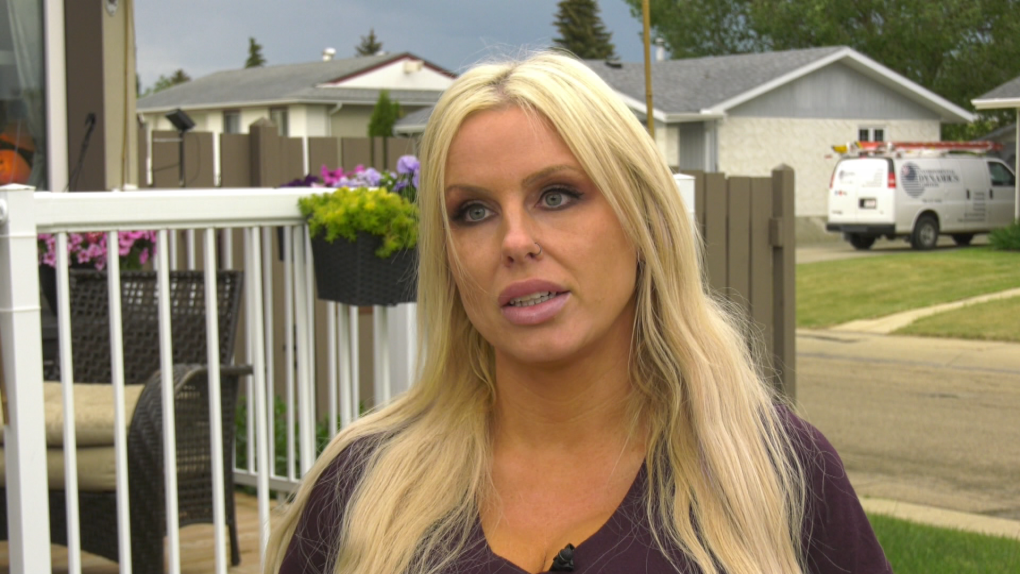 Danielle Donaldson in an interview with CTV News Edmonton.Teresa Sexauer saw the post and went to survey the location for herself. The "camera" was still there but tape had been added around a gap in the change room structure.

"I have three daughters and all my kids were in here trying on bathing suits and shorts and tops and bras," she explained.

Sexauer said she also questioned staff about it.

"Basically they said that the cameras were dummy cameras and that they didn’t work, there was no power to them. They were having them removed," she recalled.

A Walmart Canada spokesperson also told CTV News Edmonton the camera is not real and doesn't capture video or images.

"The non-operational camera is there as a deterrent for theft. However, we understand the concerns raised and it will be moved," Corporate Affairs Manager Felicia Fefer wrote in a statement.

This is not the first time Walmart has received a complaint about a device attached to a ceiling.

In 2019, the company said a "non-operational" camera was accidentally left near a change room after a store renovation in Winnipeg. A spokesperson apologized for "confusion" in that case. 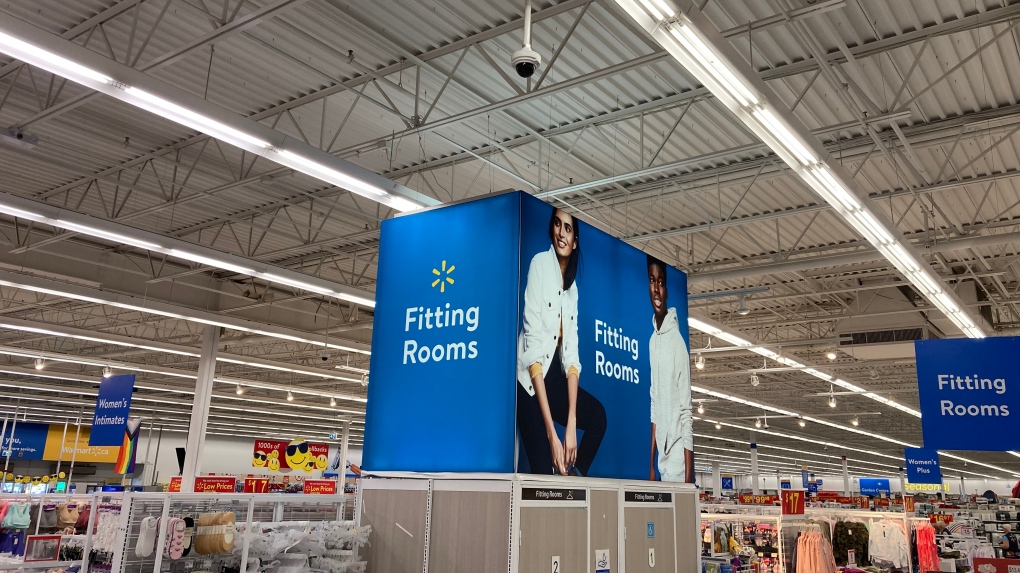 A "dummy" security device above a change area in the Clareview Walmart on June 13, 2022 (Dave Mitchell/CTV News Edmonton).But the Edmonton explanation is not good enough for Donaldson. She said she contacted the police, but was told they wouldn't investigate. She also said she contacted officials at Walmart's corporate offices but doesn't trust what she was told.

"I feel like I've been filmed when I was in a vulnerable state. How can I just take their word for reassurance? I don’t believe it. They haven’t provided any proof," she said.

Aside from staying away from Walmart, Donaldson said she is not sure where to take her complaint from here, but she's not letting it go.

She's urging people to take a good look around change rooms or public washrooms before using them, something she wished she would have done before undressing in a Walmart change room.