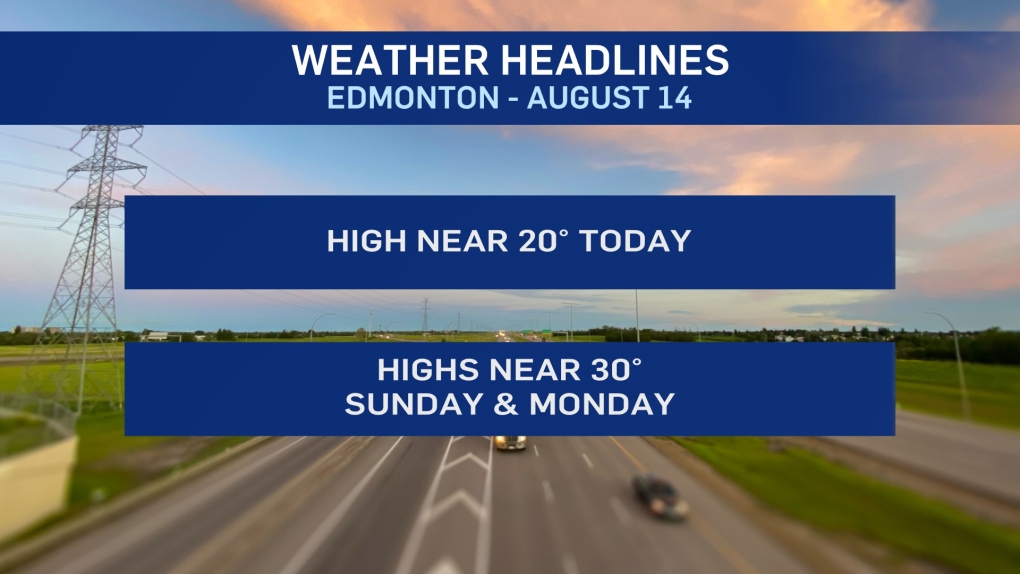 EDMONTON -- It's been a swingy month for temperatures and we're about to see another big change.

The first six days of August had an average high of 27 degrees in Edmonton.

The last seven days have had an average high of 20 degrees.

The Upper Low pushes off to the NE and an Upper Ridge moves in over the weekend.

Temperatures top out in the low 20s today.   Low to mid 20s Saturday.

Then...highs near 30 for Sunday/Monday in the Edmonton region and that heat will extend across most of the province.

Those will likely be the two hottest days.

But, we're still looking at highs in the mid to upper 20s for Tue-Fri next week.