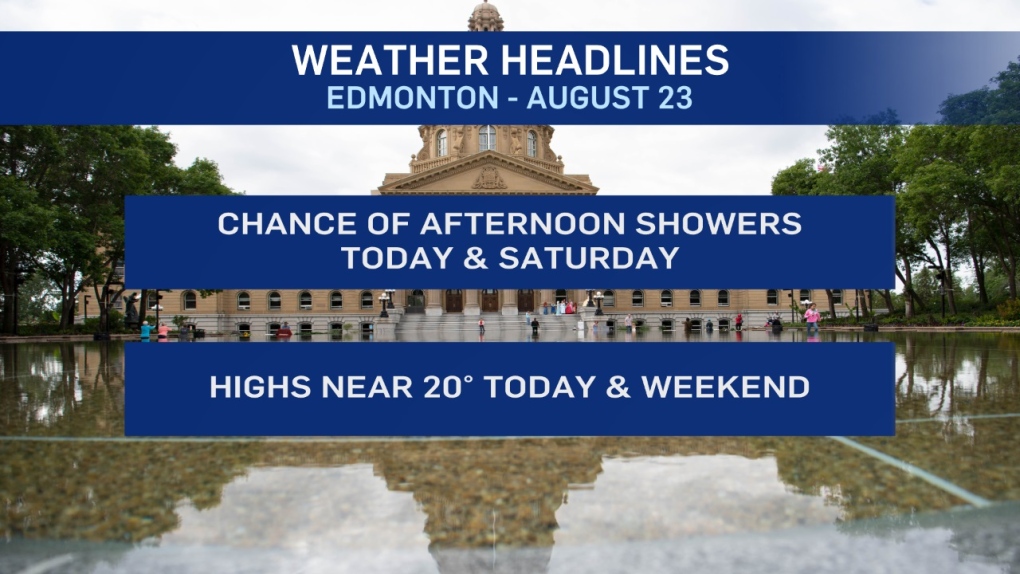 A spectacular pink this morning as the sun was rising and the clouds were moving in.

Those clouds will stick with us all day AND we're looking at a chance of some showers this afternoon.

Most of Central and North-Central Alberta has a risk of showers (and possibly a thunderstorm) this afternoon.

The showers and thunderstorms will push into Eastern Alberta by early to mid evening.

The most likely timeframe for showers in the Edmonton area is 3-6pm.

There's a slight risk of a shower or thunderstorm still lingering in the area after 6pm.

But, most of the activity should be to the east of the city by the time the Esks game starts at 7pm.

Saturday afternoon also has a chance of some widely-scattered showers and thunderstorms across Central and North-Central AB.

Sunday/Monday are shaping up drier and sunnier in the Edmonton Metro Region.

Daytime Highs will be near 20 today and this weekend.

We'll get some cooling early next week.  Then...a warm-up towards the end of the week.