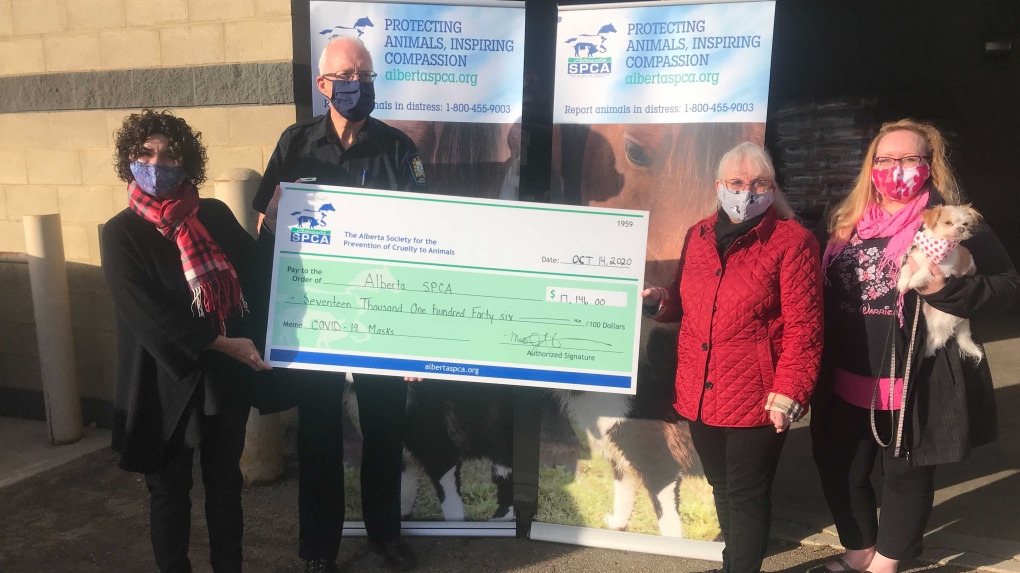 EDMONTON -- An Edmonton woman has sewn almost 4,000 masks since March, donating the proceeds to Alberta's SPCA.

Jean Henderson loves to sew. Over the past seven months, she's sewn together over 3,800 masks to protect Albertans from COVID-19.

On Wednesday, Henderson donated the proceeds from those masks to the Alberta SPCA. She raised $17,146.

"To say that we're grateful is an understatement," said Alberta SPCA Executive Director Terra Johnston. "This money will go directly to animals. It'll go directly to support the efforts of our peace officers, of our educators, and of our social workers who provide programs in support of people and animals."

So she's been on the job of making masks, and supporting the SPCA, for over 1,600 hours since March.

It all started when Henderson wanted to protect her daughter Barb from the virus as she is recovering from cancer.

When word got out she was making creative and colourful masks, the orders started pouring in and so did the $5 donations.

"I thought if I could raise $500 I would be doing well, so the magnitude, the amount of support we have had through donations of materiel and elastic... it's mind blowing," said Henderson.

And she's not done yet. The sewing will continue says Henderson.

"I love volunteering. I love putting my time into something and everything's been cancelled this summer. So my time is free. Everything's been donated so all I'm really donating is my time, and hopefully my talents, and I love doing this."

To order a mask you can email Henderson.