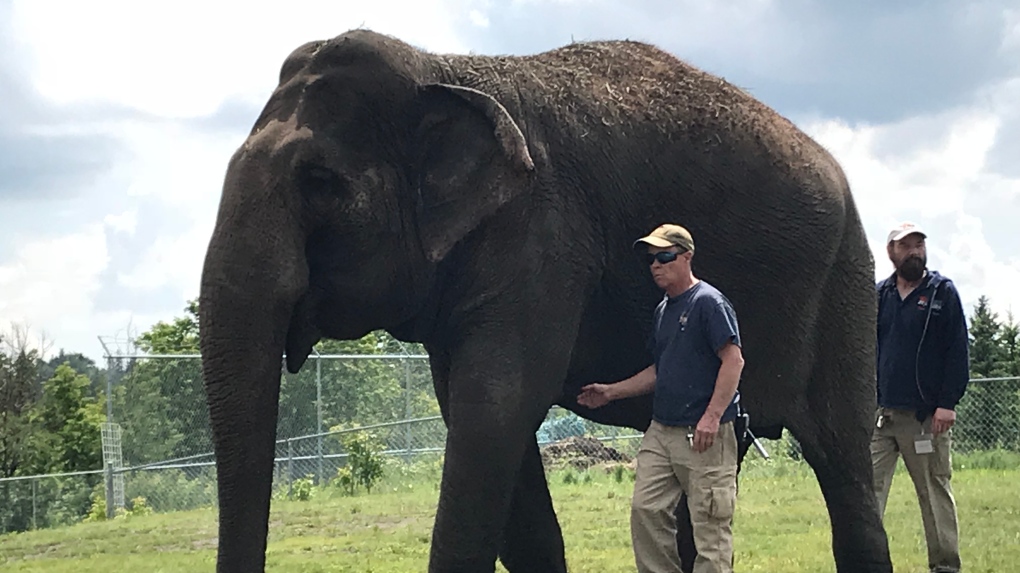 The primatologist is calling for the retirement of 45-year-old Lucy to the Tennessee Elephant Sanctuary.

"I know there are concerns as to whether Lucy is healthy enough to be moved, but other older elephants have been successfully transported over long distances,” Goodall said.

"Thinking about her plight… brings back all the pain whenever I think about her years of loneliness. Elephants are not only highly intelligent but extremely social, particularly the females. They form long-term bonds with family members and friendships that last throughout life," Goodall said. "In the world she would have travelled long distances and foraged for all kinds of different foods. Lucy's been denied proper exercise and food and as a result, her health has suffered," Goodall said in a video that has since been made private.

In an email to CTV News, the zoo called the information in Goodall's vieo "erroneous" and said Lucy "receive excellent care at the Edmonton Valley Zoo."

Gary Dewar, the zoo's director, says Lucy is subject to an annual examination from an outside specialist to assess her condition. He wrote that the results of those would be made public once they are completed.

"We take great exception to the continued misinformation about the care Lucy receives in Edmonton."

The zoo has also said in the past that Lucy suffers from a serious respiratory illness which experts have told them would result in the elephant's death if she were to be moved.

The zoo has also said at 45 years, Lucy is aging and takes medication for arthritis.

Goodall wants to see another evaluation of the animal's health done, as she believes Lucy could – and should – make the trip down to Tennessee.

"She's been helping your city for many, many years. She's surely earned her retirement," Goodall said.

"What a wonderful New Year gift to spend her last years in what for her will be paradise."

The call echoes that of local group Lucy's Edmonton Advocates Project, which has lobbied to have the animal retired, too.

The zoo has said it does not plan to house any more elephants after Lucy.

A bill with Goodall's name attached to it would help ensure that's the case for zoos across Canada. In November, the famous animal activist teamed up with Sen. Murray Sinclair to propose legislation that would ban new captivity of great apes unless it's licensed and for their best interests like conservation or scientific research. It is called the Jane Goodall Act.