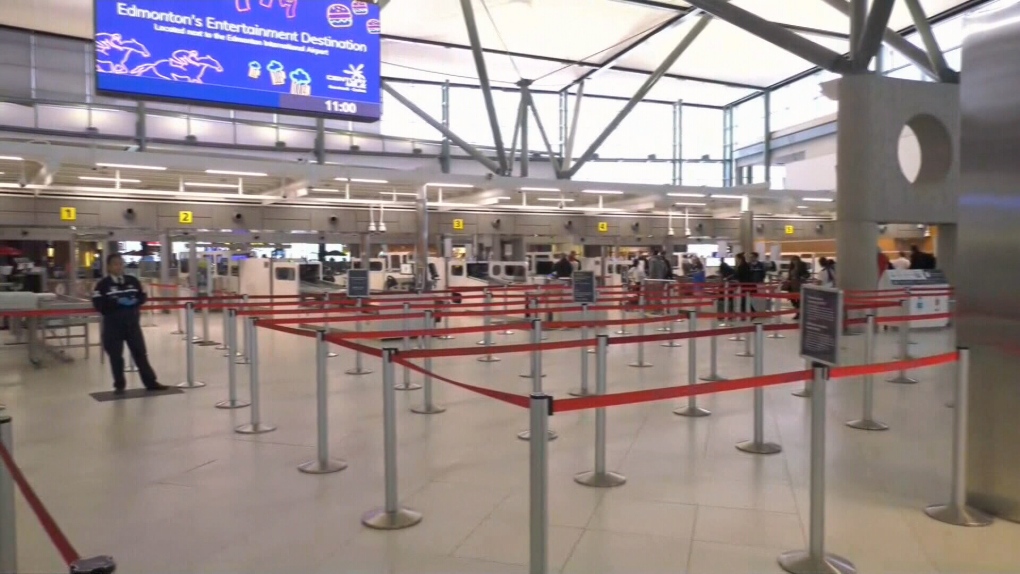 EDMONTON -- 300 employees at the Edmonton International Airport (EIA) have been trained to identify and take action against human trafficking activity.

In partnership with the RCMP Federal Policing Integrated Border Enforcement Team, the Alberta RCMP Serious Crimes Branch, and the Action Coalition on Trafficking, a specialized training program has helped airport staff and law enforcement to recognize and take action against human trafficking.

Launched in January this year, the program aimed to train a total of 200 employees by April. According to a press release sent by RCMP Monday, over 300 employees have been trained and more sessions are still scheduled.

Trainees also receive tools on how to handle victim encounters in a sensitive and safe manner.

Under the Canadian criminal code, human trafficking involves the recruitment, transportation or harbouring of persons, or the control of their movements, for exploitation.

RCMP say that due to an airport’s transient nature, it is “critical” that human trafficking awareness training be provided to EIA frontline members and staff.

Steve Maybee, EIA vice president operations and infrastructure, said in a statement that the airport is committed to participating in the program and that passenger safety is paramount.

“We strongly support and are committed to participate in this program aimed at identifying and stopping human trafficking,” he said. “Safety and security is our top priority and anything we can do as an airport community, we will do."

Jessica Brandon, interim executive director for the Action Coalition on Trafficking Alberta, said in a statement that human trafficking happens in Alberta and in airports like EIA – one of Alberta’s biggest ports of entry.

“As the eyes and ears of air travel, it’s critical that airport staff, security, and law enforcement have a streamlined response when instances of human trafficking are suspected,” Brandon said.

“Staff will hear survivor perspectives, learn how the crime impacts air travel, and ultimately take away actions to prevent and disrupt trafficking through transportation systems at the EIA.”