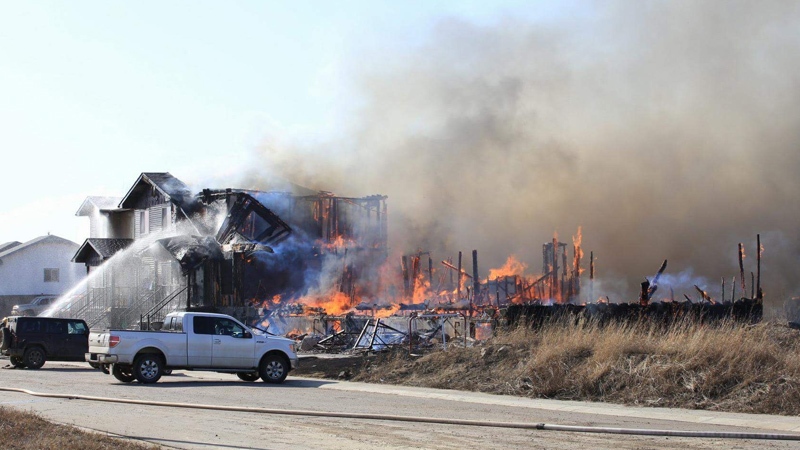 Eight townhomes in an east-central Alberta town were destroyed by a fire on Friday afternoon.

Firefighters responded to the large blaze in a complex of eight buildings in the area of 59 Avenue and 51 Street in Elk Point at 4:46 p.m.

“By the time they got there, pretty much half of the apartment blocks were gone,” Hewitt told CTV News.

Hewitt also said they were dealing with northeasterly winds as they battled the blaze. Firefighters left the scene at approximately 1 a.m.

“We haven’t had a fire like this in 15-20 years, talking to the guys who have been here a long time,” Hewitt said.

Two of the eight units remain standing, and two vehicles were also destroyed in the fire, Hewitt said.

No one was injured.

The fire is under investigation and there is no damage estimate.

A GoFundMe was created to support the families who lost their homes.

“I think the community is really, really going to gather around these eight families,” resident Mike Van Der Hoek said. “I’m already seeing people offering room, food, anything they need to get by.”

With files from Angela Jung