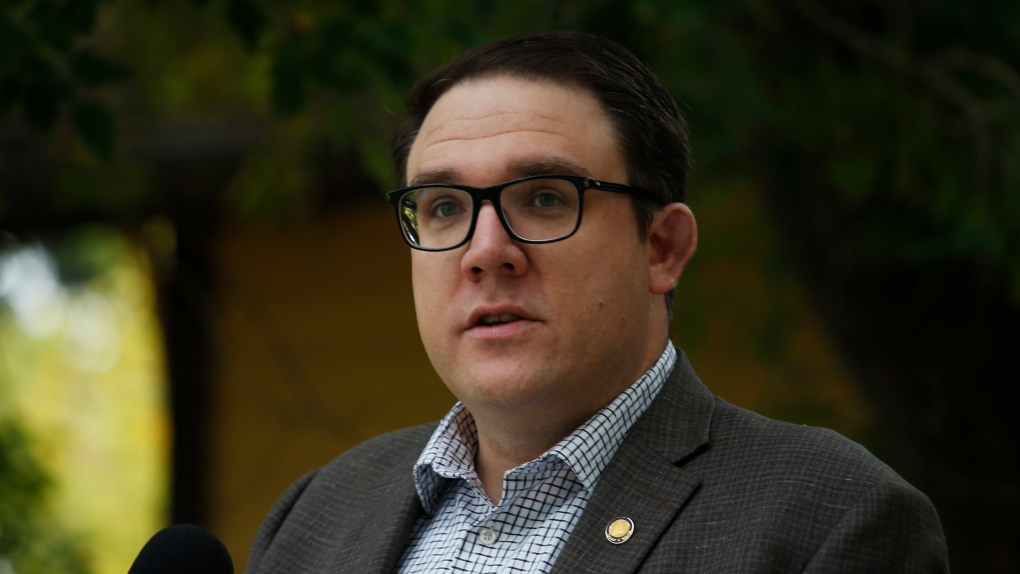 Environment and Parks Minister Jason Nixon is seen during a news conference to announce $43 million in repairs and improvements to provincial parks at a news conference in Calgary, Alta., Tuesday, Sept. 15, 2020 (The Canadian Press/Todd Korol).

In a letter to Environment Minister Jason Nixon, they ask for immediate action to end unregulated hunting by legally protecting the herd.

“We have not seen more than nine animals at a time of this herd this past season.”

A spokesman for Nixon said in a statement Friday that the province recognizes the importance of the Wabasca herd to Indigenous people and other Albertans.

“The Wabasca bison population plays an important role in the conservation and recovery of wood bison in northern Alberta,” said the emailed statement from press secretary Paul Hamnett.

The statement said the province is looking at all potential measures and actions that could be taken to conserve and recover the population.

The trappers said they have yet to receive a response from the province, but hope officials will take steps to protect the herd before it disappears completely.

“When I started trapping, I used to see 40, 30 buffalo,” Alook said in an interview. “For a few years now, I haven't seen any buffalo.

“There's some buffalo out there, but I haven't seen them. I used to see them every time we'd go out there.”

Other trappers and elders noticed the same thing, added Auger, so they decided to form a group to express their concerns.

“We want to get them protected,” he said.

Kecia Kerr, executive director for the northern chapter of the Canadian Parks and Wilderness Society, said it has worked with the group and shares its concerns.

“There isn't a very good estimate of population size for this herd. But when you are talking about 20 individuals, at this point it's dire,” she said.

Kerr said the society would like to see the herd get subject animal status, which is a category that allows for legal protection. It would also like to see hunting become regulated, she said.

“Ultimately, in Alberta, there needs to be a change to how bison are provided status across the province.”

The letter says the herd is culturally and ecologically important as one of the few disease-free, free-ranging wood buffalo herds in Canada.

There are only two other healthy herds in Alberta - in Ronald Lake and Hay Zama - and both have protections that prohibit unregulated hunting.

“The persistence of this genetically unique, disease-free herd is critical to the recovery of the species,” says the letter. “It has been our observation that unregulated harvesting targets the largest members of the herd and that when this herd is faced with the threats originating from predators, the largest members of the herd protect the young by forming a protective shield around them.

“Thus, we believe the unregulated harvesting weakens the protective capacity of the herd and has a compounding effect towards herd extinction.”

Urgent action must be taken so that future generations of the Little Red River Cree Nation can exercise ceremonial use and have food security from the herd, it says.

“The current situation, as it trends now towards herd extinction, does not uphold the honour and integrity of the Crown in protecting our treaty right.”

This report by The Canadian Press was first published April 16, 2021