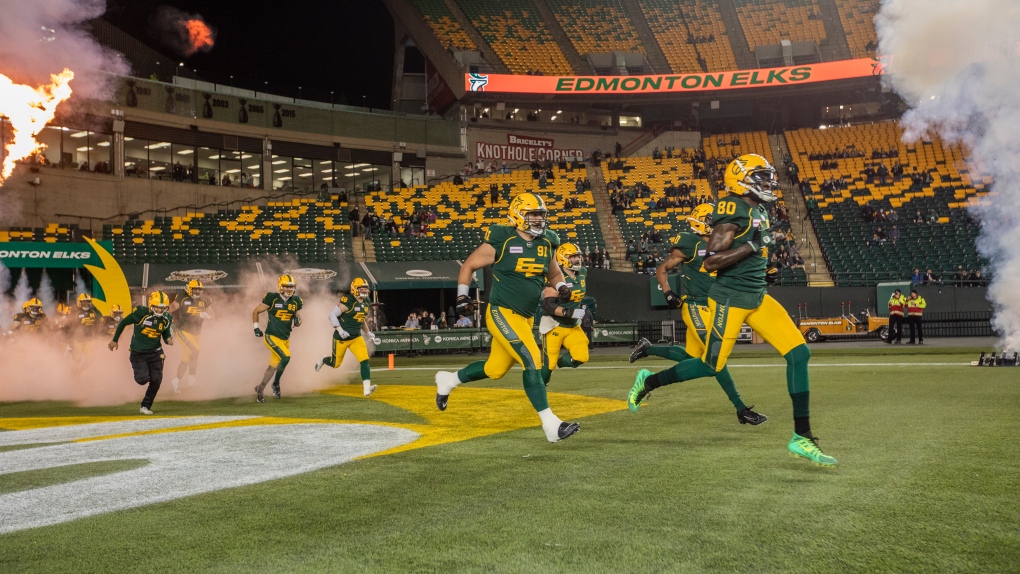 Edmonton Elks are trying to excite the new generation of football fans with free admission for kids 12 years old and under. THE CANADIAN PRESS/Amber Bracken

The Edmonton Elks are inviting kids 12 and under to come watch football for free for the rest of the regular season.

The Elks announced the initiative Wednesday ahead of Thursday’s game against the Calgary Stampeders. Each adult ticket can be used to bring up to four kids 12 years old or under to a game.

“As a proud community-owned club, we understand that one of our primary objectives is to build lasting memories for everyone in our community, most notably our youth,” Victor Cui, Elks president, said in a written statement. “The thought of bringing the joy of Edmonton Elks football to the next generation of fans is energizing.”

Tickets for kids are available through Ticketmaster and can be added to the cart for free when purchasing adult tickets.

The Elks also announced that Fan Day is back at Commonwealth Stadium after a two-year break. The free event will run from 10 a.m. to 2 p.m. on Sunday, July 10. Visitors can go watch the Elks practice and meet players and coaches afterwards.

For more details on the event, visit the Elks website.

Members of a Freedom Convoy-affiliated group remain at an Ottawa church one day after the owner of the historic property moved to evict them over unpaid rent.

Transport Minister Omar Alghabra told the House of Commons transport committee the COVID-19 pandemic and resulting labour shortages are to blame for the significant wait times at Canadian airports, and said the ArriveCAN app is here to stay.

A new report from the U.S. Centers for Disease Control and Prevention says routine cleaning and disinfection may have helped two monkeypox patients limit the amount of contamination in their home.

A 81-year-old Danish woman traveling from Africa to Canada was arrested at Warsaw airport on suspicion of illegal possession of heroin worth over US$515,000, officials in Poland said Friday.