Elks bring receivers Bowman out of retirement, Arceneaux back to the CFL 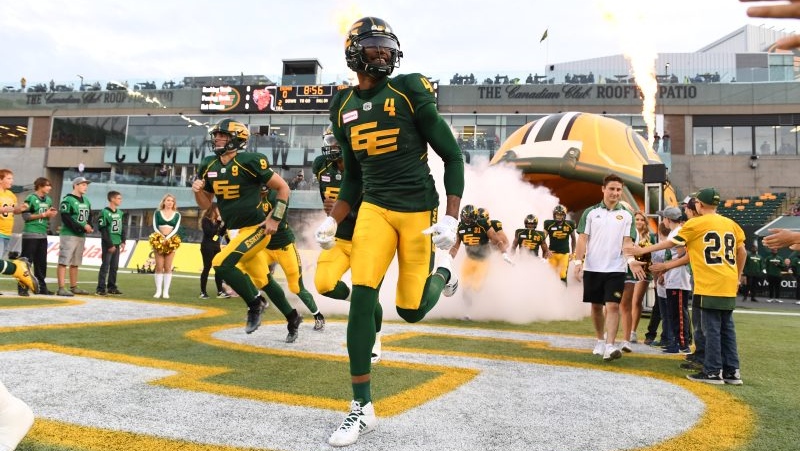 The Edmonton Elks signed two former CFL all-star receivers Wednesday, both of whom haven't played in the league for years.

He won a Grey Cup in Edmonton in 2015 and retired in 2019 after last playing for the Montreal Alouettes.

"Bowman needs no introduction to Edmonton fans. A three-time CFL All-star, he put up some of the best receiving seasons in Green and Gold history during his stay in the City of Champions," an announcement from the team said.

Arceneaux was an all-star in 2015 and 2016, and played last season with the Frisco Fighters in the Indoor Football League.

He has caught passes for 8,418 yards and 57 touchdowns in his CFL career.

The team also announced that former Ottawa Redblacks receiver Caleb Holley is joining the team. He didn't play football in 2021, the team said.

The Elks also signed defensive back Matthew Elam and defensive lineman Daniel Ross. Both have played in the NFL before.

After 3 months of war, life in Russia has profoundly changed

Three months after the Feb. 24 invasion of Ukraine, many ordinary Russians are reeling from those blows to their livelihoods and emotions. Moscow's vast shopping malls have turned into eerie expanses of shuttered storefronts once occupied by Western retailers.

Justice Mahmud Jamal sat down with CTV National News' Omar Sachedina for an exclusive interview ahead of the one-year anniversary of his appointment to the Supreme Court of Canada. Jamal is the first person of colour to sit on the highest court in the country, bringing it closer to reflecting the diversity of Canada.

Death toll from Saturday's storm hits 10 across Ontario and Quebec

As the death toll related to the powerful storm that swept Ontario and Quebec on Saturday reached 10 on Monday, some of the hardest-hit communities were still working to take stock of the damage.

'Too many children did not make it home': Anniversary of discovery at Canada's largest residential school

It's been a year since the announcement of the detection of unmarked graves at the site of what was once Canada's largest residential school – an announcement that for many Indigenous survivors was confirmation of what they already knew.

Walk out at trade meeting when Russia spoke 'not one-off,' says trade minister

The United States and four other nations that walked out of an Asia-Pacific Economic Cooperation group meeting in Bangkok over the weekend underlined their support Monday for host nation Thailand, saying their protest was aimed solely at Russia because of its invasion of Ukraine.

19 charged, including 10 minors, after violent night at Toronto beach

Police say they’ve made 19 arrests and seven officers were injured after a violent night at Toronto’s Woodbine Beach that saw two people shot, one person stabbed, two others robbed at gunpoint and running street battles involving fireworks through Sunday evening.

A theory that the recent outbreak of monkeypox may be tied to sexual activity has put the gay community in an unfortunate position, having fought back against previous and continued stigma around HIV and AIDS, an LGBTQ2+ centre director says.

Hydro Ottawa says the damage from Saturday's storm is "simply beyond comprehension", and is "significantly worse" than the 1998 ice storm and the tornadoes that hit the capital three years ago.

A hand surgeon testified Monday that Johnny Depp could not have lost the tip of his middle finger the way he told jurors it happened in his civil lawsuit against ex-wife Amber Heard.