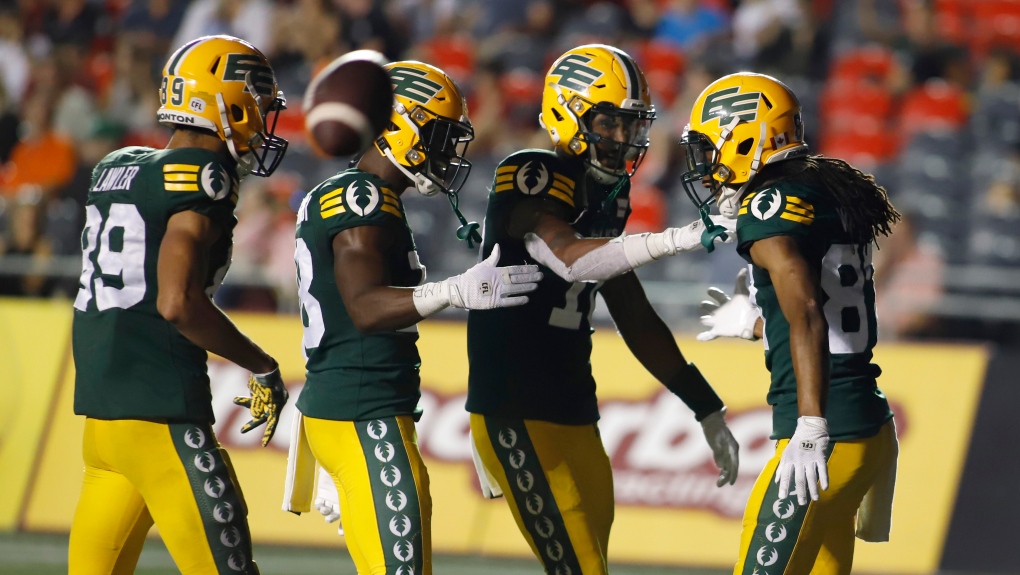 Taylor Cornelius threw two touchdown passes and the Edmonton Elks scored 21 unanswered points in the second half of a 30-12 win over the Ottawa Redblacks on Friday.

Cornelius completed 16-of-27 passes for 208 yards, including a four-yard touchdown pass to Derel Walker with 6:34 left in the fourth quarter. The win halted a three-game losing streak for the Elks (3-7).

Caleb Evans threw for 111 yards and rushed for another 82, including a 21-yard touchdown run, but the Redblacks (1-8) lost for the 19th time in their last 20 games.

One of the few bright spots for the Redblacks was a 50-yard reception by Darvin Adams, who played in his 100th CFL game.

An 18-yard touchdown pass from Cornelius to Kenny Lawler at 11:03 in the third quarter gave the Elks their first lead of the game at 16-12.

The Redblacks entered the third quarter up 12-9 after a less than spectacular first half that began with Ottawa's PA announcer introducing Edmonton as the Eskimos.

Lewis Ward made a 46-yard field goal near the midway mark of the first quarter, but a roughing the kicker penalty on Edmonton defensive lineman Jake Ceresna gave the Redblacks a fresh set of downs. A minute later, Ottawa took advantage as Evans ran in for a 21-yard score at the 7:43 mark.

The Elks answered back before the end of the quarter on a 52-yard field goal by Castillo.

In the second quarter, Ward left six points on the board with back-to-back missed field goals from 40 and 47 yards that led to a pair of rouge points. Ward connected from 13 yards out with 4:45 left to give the Redblacks a 12-3 lead.

Late in the first half, the Elks had the ball at the Redblacks one-yard line following a defensive pass interference call.

Quarterback Kai Locksley entered the game for the short-yardage situation but was stopped twice on sneak attempts. Locksley scored on his third attempt on a sweep right play, but Castillo hit the upright on the point after attempt to make it 12-9.

DBRS Morningstar estimates hurricane Fiona will cause between $300 million and $700 million in insured losses in Atlantic Canada for a record high in the region.

Explosions rattled the Baltic Sea before unusual leaks were discovered on two natural gas pipelines running underwater from Russia to Germany, seismologists said Tuesday. Some European leaders and experts are pointing to possible sabotage during an energy standoff with Russia provoked by the war in Ukraine.

BREAKING | Up to 23 people taken to hospital after exposure to hydrochloric acid in St. Catharines

Up to 23 people are being taken to hospital in St. Catharines following a hazardous workplace incident on Tuesday, Niagara Health confirms.

'We shouldn't have to push people': Most provinces have not made Sept. 30 a stat

Police have arrested another man in connection to an alleged violent attack on Elnaz Hajtamiri in a Richmond Hill, Ont. parking garage just weeks before she disappeared in January.