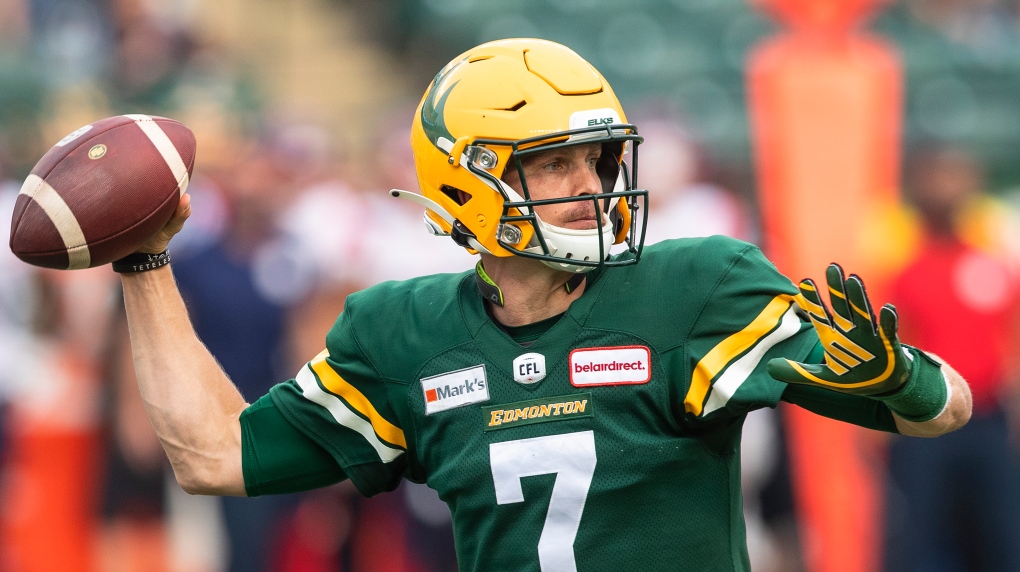 After missing one game against the Winnipeg Blue Bombers, Elks quarterback Trevor Harris was added back onto the active roster.

Harris had been placed on the injured list for six-games back on Sept. 16 after suffering a neck injury.

On Saturday, the Edmonton Elks said in a press release that the quarterback was cleared and is eligible to return for the team’s next game against the Ottawa Redblacks on Tuesday.

Harris has six touchdowns, five interceptions, and a total of 1,481 passing yards in the five games he played this season.