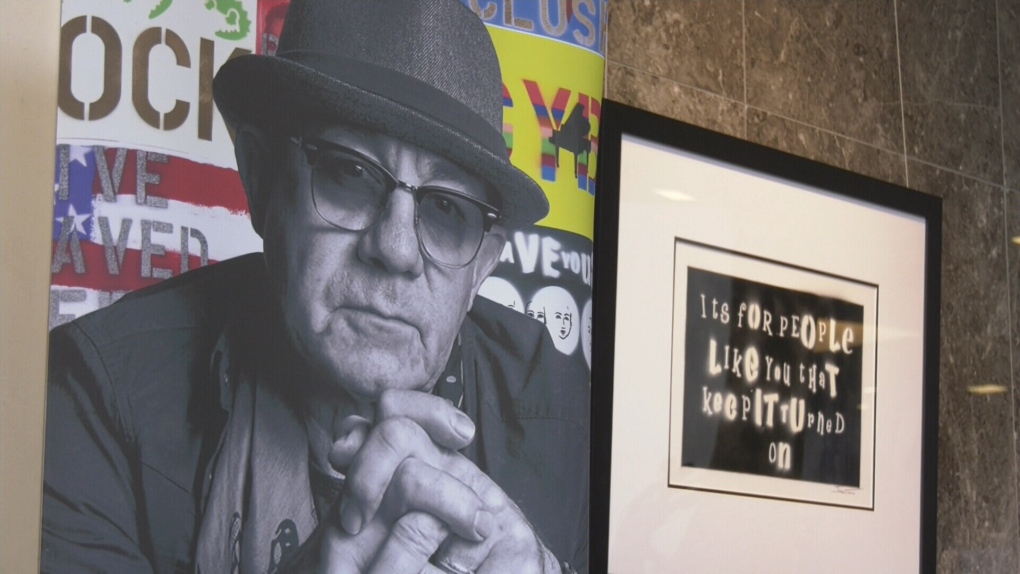 An art exhibit inspired by the life and songs of rock legend Sir Elton John, created by his closest collaborator, has arrived in Edmonton.

Reflections: The Art of Bernie Taupin was unveiled at the EPCOR Tower Thursday.

The exhibit features original works created by Taupin, a songwriter who had a hand in some of John’s greatest hits including Tiny Dancer, Candle in the Wind and Your Song.

Taupin, who has worked with the musician for 50 years, changed his focus from hitmaker to visual artist in the early 1990s.

Some of the pieces include references to songs, such as one piece with the word “Goodbye” burned on top of a painted yellow brick road. Another features a red heart on a blue background with the lyric “Hold Me Closer.” 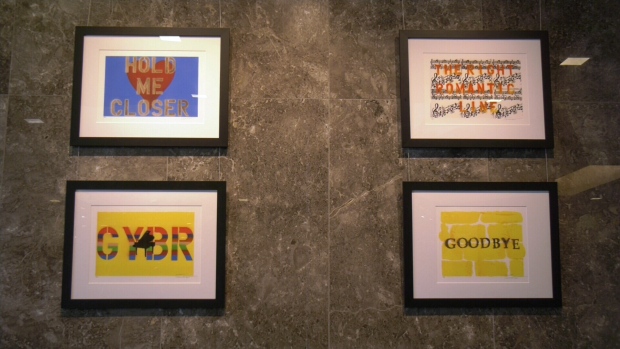 “The imagination is the most powerful tool artists possess enabling us to conjure up beautiful distraction for the eyes and ears,” Taupin has said of his art. “My dimensional work is simply the visual extension of what I have spent my life creating through words.”

All of the pieces displayed in the show will be up for sale.

Brian Liss, who owns Liss Gallery in Toronto, helped bring the exhibit to Edmonton and says most of the works focus on the music, while others celebrate John’s embrace of America.

He called the half-century collaboration between Taupin and John has been one of the most exciting in music history.

“Every great artist in history, no matter what their genre or field is, their work is only great if they write from their truth,” said Liss. “You can really get that with Bernie’s lyrics, and what that does for us as the viewer of this collection…is it takes us to that moment where we remember that great moment, or great feeling we had while enjoying their music.”

He said he wanted to bring the exhibit to Edmonton because of the city’s passionate and cultured art scene.

The collection will be on display at the EPCOR Tower until Sept. 28, the same day Elton John brings his Farewell Yellow Brick Road tour to Rogers Place in Edmonton.

It will also come to Vancouver and Toronto later this year 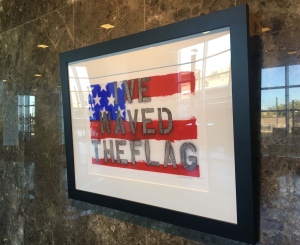