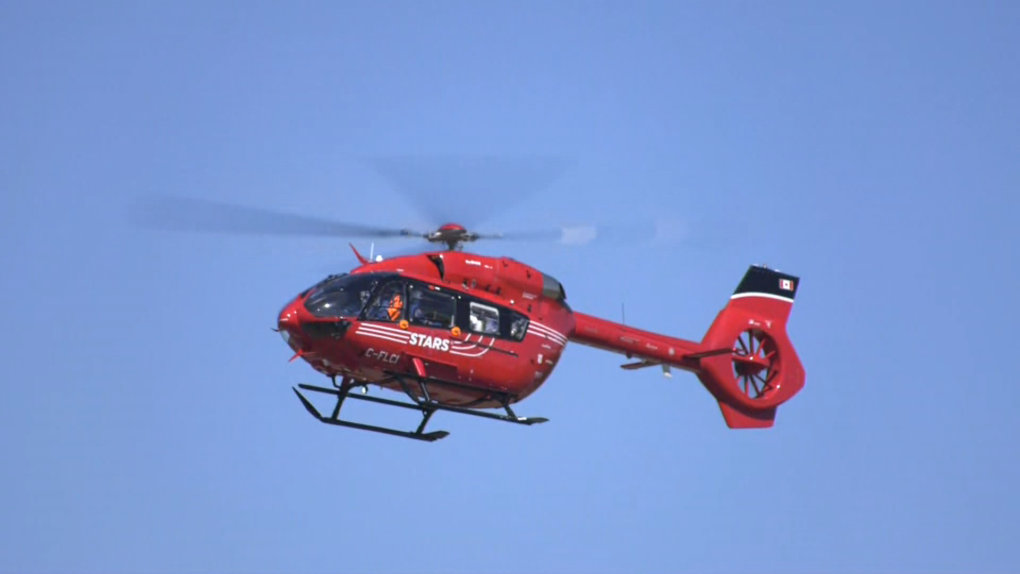 A STARS Air Ambulance helicopter is seen in this file photo.

Three people are dead after a crash on Highway 654, just east of Highway 777, southwest of Westlock on Monday.

Police believe a pickup was driving westbound on Highway 654 and crossed the centre line, hitting an eastbound SUV around 7:45 a.m.

The truck caught fire, and the two occupants were trapped inside, police said.

The driver and the passenger of the pickup, and the driver of the SUV all died at the scene.

The crash is still under investigation.

Highway 654 was closed to traffic for several hours, but has since reopened.

Westlock is about 90 kilometres north of Edmonton.