Employee trapped under bus after it crashed into London Drugs 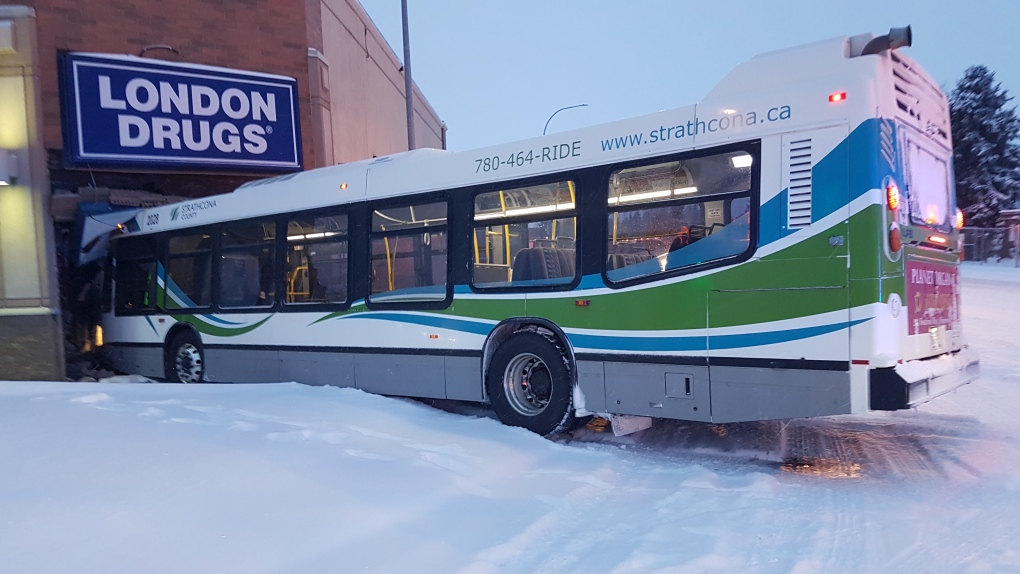 EDMONTON -- A collision between a Strathcona County transit bus and a truck ended with the bus lodged in a London Drugs in Sherwood Park.

The crash occurred at the intersection of Fir Street and Sherwood Drive around 6:40 a.m. Tuesday.​

An employee at the London Drugs was trapped under the bus and had to be rescued by emergency services.

The trapped employee and the bus driver were taken to hospital with non-life threatening injuries.

The driver of the truck and a passenger on the bus were unharmed. 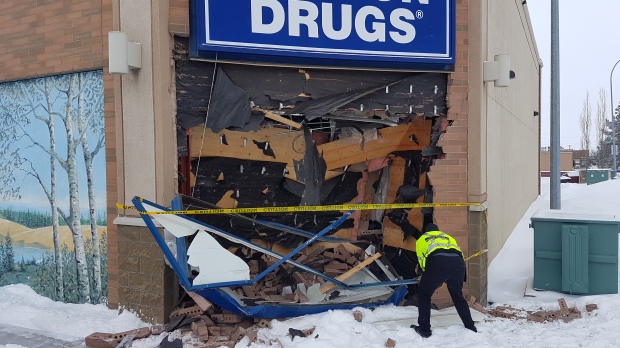